Services allows critical apps to be deployed and operated as a fully managed service. 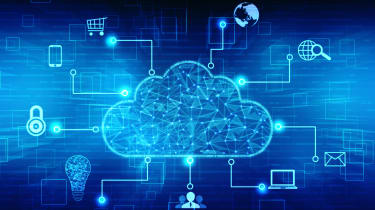 Canonical has announced the arrival of Managed Apps, a service that will allow enterprises to have mission-critical apps deployed and operated as a fully managed service.

Covering ten of the world's most widely used open source apps, Managed Apps removes the need for enterprises to contract with multiple vendors, Canonical explained, while customers also benefit from support for their underlying infrastructure.

The service will cover ten widely used cloud-native database and LMA (logging, monitoring and alerting) apps on multi-cloud Kubernetes and also on virtual machines across bare-metal, public and private cloud.

Managed Apps are also backed by SLAs for uptime, round-the-clock break/fix response, while businesses can monitor app health through an integrated LMA stack and dashboard, which includes Grafana, Prometheus and Graylog.

Ultimately, the initiative will allow DevOps teams to focus on delivering business value instead of typical time-consuming tasks thanks to the streamlined approach to infrastructure maintenance, the firm explained.

"As organisations increasingly move to a cloud-native approach, they can be slowed down by spending too much time on the underlying management of their cloud and its applications," commented Stephan Fabel, director of Product at Canonical.

"Our Managed Apps give them the freedom to focus on business priorities, with the confidence that their apps are reliably maintained, secure and can scale to production needs."

The software firm also revealed that it plans to expand the number of open source apps covered by Managed Apps to further improve performance accountability.