What IT leaders really have to say about their cloud estates 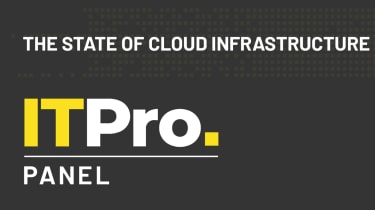 For all of us in the enterprise IT space, cloud has been a fact of life for years. While it seems like cloud technology has made its way into every facet of the business IT stack, one of the most talked-about areas is the infrastructure layer, which has given CIOs, CTOs and other IT leaders the scalability and flexibility to grow digital applications and services without being shackled to on-premise data centres.

But what’s the state of play for cloud infrastructure in 2020? Where are organisations in terms of adoption, and what are their plans for the future? Are we racing towards a cloud-only world, or have businesses reached a zen-like state of happy hybrid harmony? In this month’s IT Pro Panel discussion, we spoke to some of our expert IT leaders to find out whether they’ve got their heads in the clouds.

The cloud at platform one

Despite the wide range of company sizes and industry verticals represented by our panellists, all of them are invested in cloud infrastructure to significant degrees. Aside from some physical IT in its factories Moonpig is 100% cloud-based, reports CTO Peter Donlon, as is Richmond Events, and director of IT Liam Quinn says that 80% of its infrastructure is run via a private cloud, with the remainder in Microsoft Azure – although he hopes to be in a fully public cloud environment by the start of 2022.

Even in the notoriously slow-to-adopt banking and healthcare sectors, both Newcastle Building Society and Milton Keynes University Hospital (MKUH) Foundation Trust are on their way to the cloud, with both organisations opting for Azure as their provider of choice.

“We're using Azure for now,” says Newcastle Building Society CIO Manila McLean, “[which we] selected really because we're a Microsoft house, but in time we'll need to think about vendor concentration. In the financial services sector, our regulator gets nervous about concentration risks where outsourcing is concerned. This is less of a tech challenge and more of a maturity and education challenge, but we need to work within the European Banking Authority Outsourcing Guidelines, and vendor mix is something to consider.”

Newcastle Building Society is “on a journey to cloud and probably around 20% there so far”, says McLean, while more than half of MKUH’s systems and infrastructure are now hosted in the cloud. “We are moving at pace,” CTO Craig York says, due to the flexibility it provides and the speed of deployment.”

SafetyKleen CIO Pat Colombo operates a similar ratio to McLean, with 20% of his IT in the cloud while 80% resides in a colocated data centre. However, unlike the rest of our panellists, Colombo isn’t interested in engaging either of the major public cloud providers for his business.

“Cloud is growing, and fast, [but] I'm not super keen on the Azure model in terms of pricing and lack of clarity over where the money goes, which is something Microsoft has acknowledged to me,” he says, “so I'm looking at alternatives for hosting away from the big boys.”

Donlon doesn't view Azure as an ideal fit for his organisation either, explaining that while a small portion of Moonpig’s workloads are hosted on Microsoft’s cloud, this is largely a hangover from a previous strategy.

“We were on a path into Azure before I joined the business, for similar reasons to Craig,” he explains. “However, when I joined it was clear that AWS would give us a lot more of the capability we'd need and as such, we started moving all of our new development into it. It's likely in the next couple of years we'll be down to a single cloud vendor.”

Flexible management and scalability benefits are among the most common reasons cited by our panellists for moving to the cloud; York notes that running an on-premise data centre means you need to manage things like power, networking, climate control, storage capacity and on-call employees to resolve problems.

“Having all these issues to deal with on site in my own computer rooms is part of the reason to move to public cloud,” he says. “I see my onsite estate having very little in 3 years, with redundant or cached versions of Active Directory, et cetera.”

However, one potentially surprising point that all our panellists agreed on was that cost savings were not a factor in their decision. In fact, the opposite was true – our panellists all said that moving to a cloud-based infrastructure as a service model would be more expensive. Although Quinn is looking to move more of his estate from private cloud into Azure, he admits that this won’t be as cost-effective.

“Ultimately, it’s cheaper for us to virtualise servers on a few blades and sweat them for 5 years,” he explains. “However, that isn’t the whole story and I think there’s a compelling story about the benefits of public cloud that make the additional expense worth it. But, if someone is looking at cloud and thinking they’ll save money, I think in the majority of use cases they’ll be disappointed.”

“I agree with Liam,” Colombo adds; “you don't necessarily save when hosting VMs in the cloud, and in a lot of cases, it's more expensive to do so. As a lift and shift exercise, cloud seems very expensive, especially the likes of Azure or AWS. Cloud is much better when rearchitecting an application to use a platform, but not to host virtual machines.”

“I think Pat is hitting the nail on the head,” Donlon says. “If you're just lifting and shifting, you most likely won't save money. As soon as you move to the cloud provider's platform as a service offerings, that's where the cost can dramatically come down. But that often means re-architecting your applications which often comes with a cost too.”

“We're rearchitecting our application architecture,” McLean explains, “and will host new applications in the cloud as we go. I can't see us going for a migration, as it’s too costly and messy, which means we'll be hybrid for quite some time.”

York notes that even in an IaaS environment, customers will still have to both pay for and manage individual servers and OS licenses, which can quickly mount up. PaaS, meanwhile, removes these cost and management overheads. There are other benefits, though, and York highlights Azure’s support for integrations up and down the stack as a key driver.

The long road to cloud

Quinn says that while he’d like to take advantage of the performance, right-sizing and licensing benefits of PaaS, he’s somewhat frustrated by the fact that his previous move to a hosted private cloud removed a lot of the infrastructure management challenges that York says he eliminated by moving to public cloud. This, according to Quinn, makes it harder to justify a move from private cloud to public.

“I'm looking at that too,” Colombo says. “On CRM, we’re doing the transformation piece to go to Dynamics 365, taking away our in-house CRM, et cetera – but on the rest, as you can't transform everything at the same time, lift and shift doesn't work at all in public cloud in terms of cost. I can see my data centre being much smaller in a few years’ time, similar to what Craig mentioned, but for the time being, I think we'll still host ourselves or go to a private hosted environment in line with what Liam described.”

The ongoing COVID-19 crisis has driven a huge spike in cloud-based SaaS usage through tools like Zoom and Microsoft Teams, but by contrast, none of our panellists felt that the situation had spurred them further into the cloud from an infrastructure perspective. For example, as SafetyKleen is a chemical cleaning company, Colombo and his team have been understandably busy over the last several months – but he says the crisis hasn’t affected his ability to manage his on-premise estate.

“We were super busy during lockdown, because of what we do; we did have a dip in operations but a very fast recovery. In terms of IT, the team was busier than ever. We made sure everybody had the right equipment, they were registered at the data centre in case of hardware failures, but otherwise, most stuff is virtual these days, so it wasn't a massive problem to support things remotely.”

In fact, in Quinn’s case, coronavirus has actually delayed his move to the cloud. The crisis has hit the events business hard, and the substantial reductions in revenue have forced Richmond to limit its expenditure on projects like cloud rollouts until it can act with greater certainty.

It seems, then, that cloud is the way forward for all of our panellists – but the benefits and economics may not be as cut and dried as many vendors would like us to believe. Application age, digital maturity and workload volumes will all be factors in determining how an organisation’s cloud strategy evolves over time, including considerations like choosing between Iaas, Paas, and private cloud. The road to the cloud has certainly been a long one, but for many organisations, there’s a long way still to go. 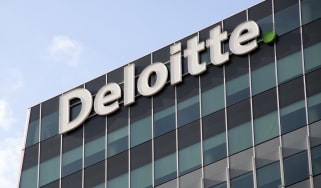