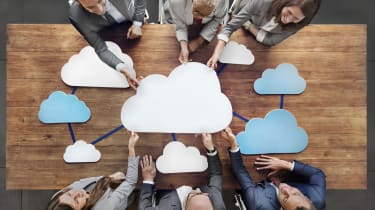 Although most businesses have adopted a multi-cloud strategy, there are significant challenges in the way these are being implemented including security and lack of expertise.

The adoption of multi-cloud approaches are on the rise, with the majority of companies across the world, approximately two-thirds, having deployed enterprise applications on two or more public clouds, according to findings by the Business Performance Innovation (BPI) Network, in partnership with A10 Networks.

Meanwhile, 84% of companies expect to increase their reliance on public or private clouds over the next two years.

The growth in multi-cloud adoption, however, has led to a rise in significant challenges facing businesses. Ensuring security, for example, across all clouds, networks, applications and data is the biggest concern for businesses.

This crucial challenge is followed by the need to acquire the necessary skills and expertise, as well as dealing with increased complexity in managing cloud environments. There’s also a key challenge in achieving centralised visibility and management across cloud portfolios.

“Multi-cloud is the de facto new standard for today’s software- and data-driven enterprise,” said the head of thought leadership and research for the BPI Network, Dave Murray.

“However, our study makes clear that IT and business leaders are struggling with how to reassert the same levels of management, security, visibility and control that existed in past IT models.

“Particularly in security, our respondents are currently assessing and mapping the platforms, solutions and policies they will need to realise the benefits and reduce the risks associated of their multi-cloud environments.”

To highlight the scale of the challenge businesses face, just 11% of respondents suggested their companies have been ‘highly successful’ in realising the benefits of multi-cloud, despite a significant increase in adoption in recent years.

Businesses suggest they would prioritise centralised visibility and analytics, embedded into security and performance as a requirement for improving this, as well as automated tools to speed response times and reduce costs.

Other aspects needed include a centralised management portal from a single point of control and greater security scale and performance to handle increased traffic.

“The BPI Network survey underscores a critical desire and requirement for companies to reevaluate their security platforms and architectures in light of multi-cloud proliferation,” said vice president of worldwide marketing at A10 Networks, Gunter Reiss.

“The rise of 5G-enabled edge clouds is expected to be another driver for multi-cloud adoption. A10 believes enterprises must begin to deploy robust Polynimbus security and application delivery models that advance centralised visibility and management and deliver greater security automation across clouds, networks, applications and data.”