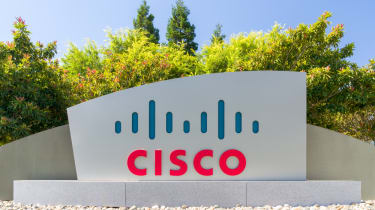 Cisco has been ordered to pay $1.9 billion (£1.46 billion) to a cyber security firm after a US district judge ruled it had infringed its patents.

Judge Henry Morgan concluded after a month-long trial that Cisco infringed upon four out of five patents that belonged to Centripetal Networks, according to Reuters.

Virginia-based Centripetal was founded in 2009 and develops threat intelligence software and firewall hardware for cyber networks. The company took legal action against Cisco earlier this year and has successfully challenged the US tech giant.

In a 167-page decision, Morgan said the case was "not a close call," pointing out inconsistencies in Cisco's evidence and within its own technical documents. Most of these were used by Centripetal during the trial.

The massive payout reflects $755.8 million in damages suffered by Centripetal, which has been multiplied by 2.5 on account of "willful and egregious" conduct from Cisco. Add to that prejudgment interest and it leaves the final sum at $1.9 billion.

With regards to the four patents it lost, Morgan said that Cisco did not "advance any objectively reasonable defenses at trial".

"The infringing functionality was added to their accused products post June 20, 2017, and resulted in a dramatic increase in sales which Cisco touted in both technical and marketing documents," Morgan wrote.

Cisco said it was disappointed with the decision and confirmed it plans to appeal: "Given the substantial evidence of non-infringement, invalidity and that Cisco's innovations predate the patents by many years."

In its latest fiscal year, Cisco posted $11.2 billion of net income from $49.3 billion of revenue.

"With this judgment, the court rejected the primitive doctrine that might makes right," Paul Andre, a lawyer for Centripetal, said in a statement. "This is a significant win for all small, innovative companies."