How secure is Google Drive? 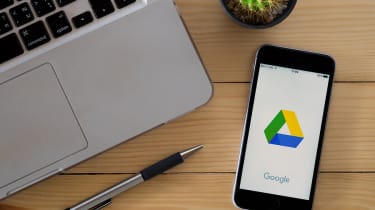 Google Drive has become a go-to storage platform for businesses, partly due to how well it integrates with third-party apps and its seamless connection to other Google services. However, this has created concern around how much access it has to other services and platforms should it be hacked into.

Thankfully, Google has used HTTPS  on all its services for years and also has a team dedicated to monitoring compromised account activity. On top of that, Google also uses two-factor authentication and SSL encryption for data transferring to and from a device - it does, however, use the weaker 128-bit AES encryption for data at rest.

Given that Google’s cloud services are so interwoven, a hack on one service tends to put the others at risk. In 2014 it was claimed that nearly five million Gmail accounts had been hacked when a database of user credentials was found on a security forum on a Russian website - although this turned out to be a dump of older phished passwords that had largely been reset by Google in the time since the theft.

While Google Drive itself has never fallen victim to a major cyber security incident, a system administrator recently flagged a flaw in the cloud storage system which they claimed could be used by a hacker to trick users into downloading malware or ransomware. The flaw related to Google Drive's "manage versions" feature, which lets you upload a new version of an already-uploaded file.