How secure is OneDrive? 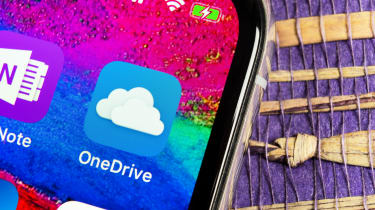 Microsoft’s OneDrive has largely managed to remain out of the headlines when it comes to security incidents - although Microsoft’s other services, particularly Windows, are some of the most attacked platforms on the market.

That doesn’t necessarily mean it’s more secure than the other platforms. It generally uses the same standards as others, including data encryption, only with OneDrive this is done by syncing your data to the BitLocker on your hard drive. This means that data is encrypted at rest using the BitLocker, while Microsoft Cloud handles encryption while in transit. An additional bonus of this system is that encryption is done on a per-file basis, meaning that if a key was compromised hackers would only be able to access that particular file.

As you might expect, users also get two-factor authentication at login.

Unlike the other platforms, OneDrive has never really been targeted by a major data breach, and most security concerns surrounding the platform usually stem from user error, such as accidentally sharing files with someone they shouldn’t have or using weak credentials.

Microsoft has taken steps to remove as many of these issues as possible and is one of a number of companies championing passwordless logins.