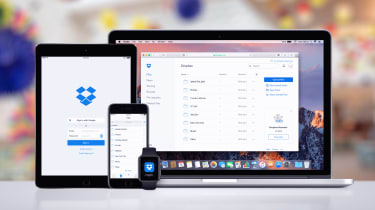 Dropbox has named former Google Cloud executive Olivia Nottebohm as its chief operating officer, filling a job role that has been vacant for more than a year.

The appointment of Nottebohm comes at a time when Dropbox is undergoing a major overhaul of its company and services.

It’s looking to centre its business around a workspace app called Spaces, which can facilitate the file synching and sharing of Dropbox, and will work closely with other productivity tools such as Slack.

Effectively, Dropbox is working towards becoming an enterprise collaboration workspace designed for use across multiple devices and enable better task management, and thus see it evolve from beyond a cloud-based file storage platform.

Some elements of the new Dropbox could see the company compete with Google’s G Suite, which would mean Nottebohm would be helping Dropbox challenge her former employer.

But Nottebohm seems prepared to help lead a new Dropbox into the 2020s.

“As a mother my whole day is fragmented, and I am constantly switching frames,” she said, Reuters reported. “The vision of de-cluttering in a work environment is a very powerful message. We see in our customers that they are constantly changing frames and topics.”

While she was at Google Cloud, Nottebohm was the vice president responsible for selling to small and medium-sized businesses, so it wouldn’t be surprising to see her take that expertise and use it to help the redesigned Dropbox target that market.

Nottebohm will be taking the place of Dennis Woodside, the former COO who left the company in September 2018. Woodside helped grow Dropbox’s sales force and helped the company pursue larger customers.

After Woodside left, the position of COO was vacant for some 16 months, with Dropbox showing no intention to fill it at the time of Woodside’s departure.