Microsoft will shift Minecraft from AWS to Azure 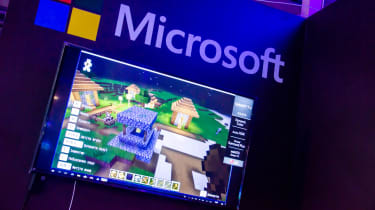 The tech giant has used AWS to run its popular Minecraft video game since 2014, when the game's original developer, Mojang Studios, chose AWS to run its Realms - virtual places where small groups can collaborate in playing the open-world game together. In September 2014, Microsoft announced its acquisition of Mojang for $2.5 billion (£1.9bn).

Since then, Minecraft has become one of the most popular games of all time, being played by 126 million people each month and selling over 200 million copies as of May this year.

A Microsoft spokesperson told CNBC in an email that “Mojang Studios has used AWS in the past, but we’ve been migrating all cloud services to Azure over the last few years”, adding that Microsoft will be “fully transitioned to Azure by the end of the year”.

Microsoft’s decision to stop relying on AWS is fuelled by the growing rivalry between the two tech giants. Although AWS is considered the leading provider of public cloud infrastructure, Microsoft’s Azure has experienced growth huge growth, largely due to the skyrocketing demand for cloud services during the coronavirus pandemic and the subsequent shift to remote working.

Prior to that, in late May, Microsoft also launched 10 new Azure cloud services, including Bastion and Confidential Computing, for its UK customer base in order to improve security and allow users to take advantage of technologies such as IoT.

Microsoft’s independence from AWS could not only save the company money, but it also has the potential to communicate to its customers and rivals that Microsoft is confident in its own technology and does not have to rely on an industry-pioneer like Amazon in order to maintain its data storage.