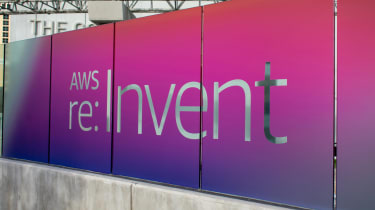 AWS unveiled its plans to aid and accelerate the research of quantum computing at its Re:Invent conference on Monday.

The cloud giant announced three new services for testing, researching and experimenting with the technology.

The first of which was Amazon Braket, a service that enables scientists, researchers, and developers to begin experimenting with computers from quantum hardware providers in a single place.

To go with Braket is the AWS Center for Quantum Computing which brings together quantum computing experts from Amazon, the California Institute of Technology (Caltech) and other academic research institutions to collaborate on the research and development of new quantum computing technologies.

And finally Amazon Quantum Solutions Lab, which is a program that connects customers with quantum computing experts and consulting partners to develop internal expertise aimed at identifying practical uses of quantum computing. The aim is to accelerate the development of quantum applications with meaningful impact.

There has been significant progress in quantum computing this year, particularly from IBM and Google, with both announcing large investments in the technology. The two made headlines in October after IBM discredited claims made by Google that its 53-qubit Sycamore processor had achieved "quantum supremacy".

Quantum computing refers to extremely powerful machines capable of processing massive swathes of data due to a reliance on the theory of quantum mechanics in the way they are constructed. For example, Google suggested its processor was able to perform a complex mathematical problem in 200 seconds, while the world's most-powerful supercomputer would need 10,000 years to complete.

Despite the work of IBM, Google and now AWS, quantum computing is not quite a mainstream technology just yet, but according to AWS evangelist Jeff Barr, that time is coming.

"I suspect that within 40 or 50 years, many applications will be powered in part using services that run on quantum computers," he wrote in a blog post. "As such, it is best to think of them like a GPU or a math coprocessor. They will not be used in isolation, but will be an important part of a hybrid classical/quantum solution."