Microsoft, not Amazon, is going to win the cloud wars

The disruptor becomes the disrupted 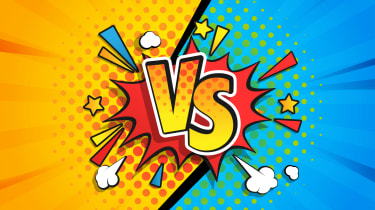 Brace yourselves, because I’m about to share a theory that may be a little unpopular: I believe it’s only a matter of time before Microsoft Azure overtakes AWS as the dominant force in the world of public cloud.

I know that may sound crazy, and many of you are probably already reaching for the ‘close tab’ button, but hear me out.

It’s no secret that Bezos’ cloud computing division is currently sitting pretty as market leader, having capitalised incredibly effectively on its first mover advantage while its’ rivals initial efforts stalled. By cementing its reputation as the biggest force in the cloud industry, it has attracted a number of high-profile customers, but it has struggled to make a major splash within large, established enterprises.

You know who hasn’t, though?

While AWS has always been a favourite of startups and developers, Microsoft has concentrated firmly on the enterprise and met with remarkable success. To sweeten the deal, Microsoft has also been busily releasing a number of business-friendly features, such as its Azure Arc platform, which is designed to make it easier to consume and deploy its services across a large enterprise estate. In fact, any time I’ve spoken to a CIO who hasn’t yet moved to the cloud but is planning to, Azure has been a key part of their roadmap.

The stated reason for this is usually “well, it works with all of our existing systems”, which is a simple yet compelling point; if your on-prem servers are primarily running workloads like Active Directory, SQL Server and Exchange Server instances, opting for Microsoft’s cloud platform is sort of a no-brainer. Add in the fact that most large businesses are likely to be using Microsoft’s Office and Windows software (and even potentially Windows Server) and the logic becomes apparent.

More importantly, however, Microsoft has learned how to play nicely with others. Azure has always been a more open platform than most have given it credit for, but the addition in recent years of full native support for the likes of Linux and VMware show just how far it’s come. It’s making a real effort to be as flexible as possible, allowing customers to run the workloads that they want in the way they want to run them.

This includes multi-cloud environments, which is the new hotness for businesses that want to avoid vendor lock-in and increase redundancy protection. Microsoft is more than happy to support multi-cloud deployments, if that’s what the customer wants.

Amazon? Not so much. As we discussed on this week’s episode of the IT Pro Podcast, there have been recent reports that suggest that AWS partners are banned from even using the term multi-cloud, presumably on the basis that – as the current top of the pile – giving customers the option of using multiple providers only increases the risk that they’ll ditch AWS for a better option. Note that in that scenario, the emphasis is not so much on giving customers the best possible option but on trying to hide from them the fact that other providers exist.

Amazon is undoubtedly on the cutting edge as far as tech development goes; its pioneering work on machine learning, serverless computing and function as a service tools are evidence enough of that. It’s enterprise support that will determine the true winner of the cloud wars, however, and in this area, AWS is leagues behind Microsoft.