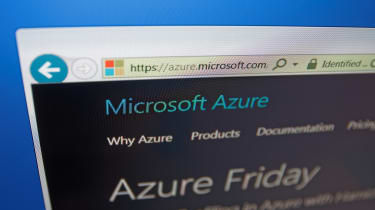 Microsoft has discovered that hackers have been hard at work revamping their phishing campaigns to use the new Azure AD and Microsoft 365 sign-in pages.

According to a tweet from the company: “Office 365 ATP data shows that attackers have started to spoof the new Azure AD sign-in page in multiple phishing campaigns. We have so far seen several dozens of phishing sites used in these campaigns.”

The Azure AD sign-in experience underwent a redesign about three months ago, but the new sign-in pages didn’t roll out until the first week of April.

Microsoft intended the redesign to reduce bandwidth requirements when loading Azure AD sign-in pages. The new design also made it easier for potential victims to determine when an attacker with outdated phishing tools targeted them. Now, it appears hackers have updated their tools to include updated sign-in pages.

With their spoofed paged now up to date, hackers are back to their old tricks. By sending out emails with the subject line “Business Document Received,” hackers have tricked unsuspecting users into opening fake PDFs. For some recipients, opening these malicious PDFs leads them to the new Azure AD or Microsoft 365 sign-in pages.

Microsoft has addressed the spoofed pages, but Azure AD and Microsoft 365 aren’t the only Microsoft products malicious actors have targeted. Just a few weeks ago, a series of phishing attacks used images from automated Microsoft Teams notifications to steal Office 365 credentials from unsuspecting users. The company’s Sway service was also recently impacted by a highly targeted spear-phishing campaign that’s since been dubbed PerSwaysion.