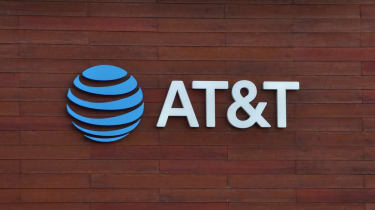 Microsoft and AT&T have integrated 5G with Azure to launch an edge computing service for enterprise customers.

The two companies signed a $2 billion deal in July, which involved the migration of AT&T data and workflows to Azure, and introduced plans to accelerate work on 5G and cloud computing.

The first joint announcement to come out of the deal, announced on 26 November, is a pilot launch of an edge computing service called Network Edge Compute, a virtualised 5G core that can deploy Azure services.

It's available to certain customers, initially in Dallas, but will roll out to some in Los Angeles and Atlanta over the next year.

"With our 5G and edge computing, AT&T is collaborating uniquely with Microsoft to marry their cloud capabilities with our network to create lower latency between the device and the cloud that will unlock new, future scenarios for consumers and businesses," said Mo Katibeh, EVP and chief marketing officer, AT&T Business.

"We've said all year developers and businesses will be the early 5G adopters and this puts both at the forefront of this revolution."

The collaboration will see AT&T become a "public-cloud first" business, according to Microsoft. The telecoms giant's migration is well underway and is set to be completed by 2024.

"We are helping AT&T light up a wide range of unique solutions powered by Microsoft's cloud, both for its business and our mutual customers in a secure and trusted way," said Corey Sanders, corporate VP of Microsoft Solutions.

"The collaboration reaches across AT&T, bringing the hyper-scale of Microsoft Azure together with AT&T's network to innovate with 5G and edge computing across every industry."

It's also another big deal for Microsoft, which has made its public cloud strategy clear with a number of acquisitions for migration specialists. Most recently the tech giant snapped up Mover, which swiftly followed a deal to buy similarly named Movere.