SaaS is about more than monthly subscriptions

Unless you're providing regular support and wider platform options, you're just fleecing customers on a monthly basis 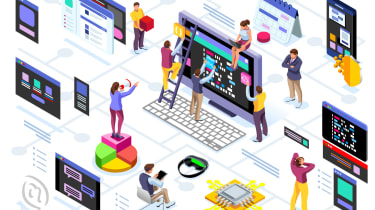 I've recently started using Microsoft's Surface Pro X – look out for my review, coming soon to IT Pro – and it's got me thinking about software. You see, the big difference with the Pro X is that it's built on an ARM chip, which means it won't run x86 apps natively. 64-bit x86 programs won't run at all, but 32-bit x86 apps can be run using a built-in emulator.

Sadly, the performance of emulated apps is a bit underwhelming, which means that Adobe's Creative Cloud apps don't run nearly as well as they would on an Intel-powered machine. The irony is that despite being dubbed the 'Creative Cloud' suite, products like Photoshop, Lightroom and Premiere Pro aren't really cloud software.

Sure, they may sync your files and settings (or some of them, at least) to Adobe's servers, and they're billed as a monthly subscription, but in reality, these products are merely on-premise applications that have borrowed certain SaaS elements.

It seems faintly ridiculous to me that Adobe can describe its software as 'cloud' with a straight face, despite the fact that not only are there almost no web-based versions of its software, there's not even a competent mobile app for most of it.

Adobe is far from the only offender, though. The cloud has revolutionised software delivery, but it's also proven to be a fantastic excuse for companies looking to swap out one-off software license purchases for a much more lucrative recurring monthly revenue stream.

The truth, however, is that just because your customers are paying monthly for your software does not mean that you're delivering it 'as a service'.

The SaaS model, to my mind, revolves around three core tenets. The first, yes, is a more flexible, subscription-based payment model, but the other two are the ability to take it anywhere - either as a web app or through wide platform support - and regular, rolling updates. Without all three, you're left with a compromised product that does not meet the criteria of 'true SaaS', but instead seeks to capitalise on the trend's popularity to fleece its customers on a monthly basis.

Even Microsoft, the de facto king of on-premise software, has grasped this fact. Not only does it make its full Office suite available in web app form, it even creates web-based versions of enterprise tools like its Visual Studio code editor - and it updates all of its software on a regular basis. These updates don't always go according to plan, but at least they happen more frequently than dumping a massive, monolithic update every six months or so.

Software vendors can't have it both ways; if they want to take advantage of the recurring revenue that SaaS can unlock, great – but they also have to make sure that they're holding up their end of the bargain with adequate platform support, portability, and interoperability rather than just wearing the skin of other, better SaaS products.