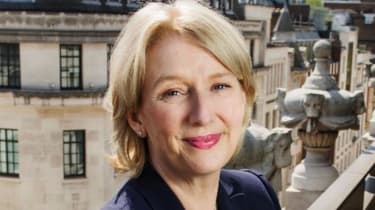 Dame Jayne-Anne Gadhia has stepped down from her role as Salesforce’s UK Chief Executive, calling time on the former Virgin Money boss’ brief six-month stint in the job.

Announcing the change, the US software giant said Gadhia had made the decision to focus on her price comparison startup Snoop, which recently won financial backing from Salesforce’s venture investing division, but will remain as an adviser to the firm.

Paul Smith, executive vice president and general manager for Salesforce UK and Ireland, will now take on the business responsibilities in the region, the company confirmed.

“I would like to thank Jayne-Anne for her vision and passion in leading Salesforce UK and Ireland,” said Marc Benioff, Salesforce CEO. “We look forward to continuing to work with her in her role as a strategic advisor to Salesforce and wish Snoop enormous success.”

Gadhia co-founded Virgin Direct in 1995 and became CEO of Virgin Money back in 2007, spending the next 11 years at the business. She joined Salesforce on 1 October last year, tasked with leading the firm’s UK&I business through the next stage of its growth, and was recognised in the 2019 New Year’s Honours list for her contribution to financial services and women in the finance sector.

As reported by City A.M., Gadhia had turned down a prospective role at the Bank of England to lead Salesforce’s UK arm, following the launch of a $2.5 billion investment programme as part of its commitment to the country.

Gadhia said she will now be focusing her time on comparison start-up Snoop - which has hit the ground running since its inception back in February - but will remain on hand in an advisory role.

“Snoop launched last month and has exceeded our highest expectations in all respects,” she commented. “As a result, I am delighted to be able to focus my efforts on making Snoop an enormous success and on making all of our customers better off.

“My thanks go to Salesforce and to Marc Benioff for supporting me in this decision. I look forward to working with both Marc and Salesforce in a senior advisory role.”