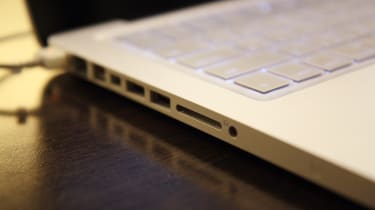 Users will no longer be able to run Windows virtualisation software once they switch to Apple's upcoming ARM-based Macs, it has emerged.

In new developer support documents published by Apple, the company confirmed that the switch from Intel to ARM-based processors will prevent users from running Windows on the Mac.

In the document, Apple confirmed that Rosetta 2 – an emulation layer that will enable users to run old apps on new Mac devices – won't be able to translate x86_64 virtualization apps, which could prevent the virtualisation of Windows environments using apps such as Parallels and VMWare Fusion.

In addition to these restrictions, Boot Camp, a popular tool that allows MacBook users to switch between Windows and macOS, will no longer be available for use on devices powered by Apple Silicon.

Although the tool will remain in macOS Big Sur, it will be an Intel-only feature. Non-Intel Macs will not be able to access the tool and the company has not yet announced a replacement.

In a statement, Microsoft confirmed that there’s no official way to install the operating system, telling The Verge that it "only licences Windows on ARM to OEMs". When asked whether it plans to change this policy to allow Boot Camp on ARM-based Macs, and the company said “we have nothing further to share at this time".

It remains unclear whether virtualisation companies are working on a solution for ARM-based Macs, though VMWare on Tuesday announced that Big Sur-compatible "tech preview" of Fusion will arrive in July.

What's more, Apple showed off a Mac with an ARM-based A12Z Bionic SoC running a Linux distribution in Parallels during its WWDC keynote this week, suggesting that the company is working to support virtualisation software.