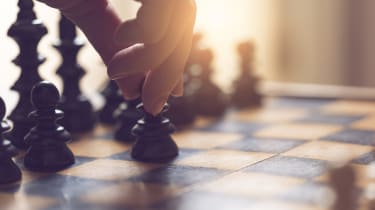 Google's DeepMind AI has "superhuman abilities", beating specialist chess software within 24 hours of learning the game, according to a Cornell University paper authored by DeepMind.

With a single algorithm, AlphaGo Zero was able to reach world-beating performance without any prior knowledge of the game apart from the rules, the research said. Playing against open source software Stockfish, 2016's Top Chess Engine Championship, the DeepMind program was able to win or draw all of the 100 games of chess played.

In addition to chess, the AI program was also able to win against a world champion program in other games like Shogi. The AlphaGo Zero algorithm was able to beat the world leading AI program, Elmo, at the Japanese board game with only two hours of self-training, winning a total of 90 games and losing only nine. It was also able to master earlier versions of itself at Go, a Chinese board game, after eight hours of self-training, winning 60 out of 100 games.

Although the research has not yet been peer reviewed, experts believe this achievement will make the firm more competitive.

"From a scientific point of view, it's the latest in a series of dazzling results that DeepMind has produced. The general trajectory in DeepMind seems to be to solve a problem and then demonstrate it can really ramp up performance, and that's very impressive." Michael Wooldridge, a professor at the the University of Oxford, told the BBC.

Google hasn't commented on the research, but DeepMind's paper said: "Starting from random play, and given no domain knowledge except the game rules, AlphaZero achieved within 24 hours a superhuman level of play in the games of chess and shogi (Japanese chess) as well as Go, and convincingly defeated a world-champion program in each case."

While AlphaGo Zero seems to have mastered board games, the DeepMind team in London is now working on a more complex challenge, trying to create a program that can beat humans at the space strategy game Starcraft.