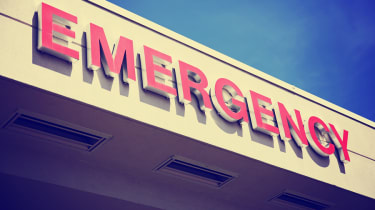 The NHS has been urged to consider using AI to boost its digital transformation efforts.

Think tank Reform believes the NHS can benefit from using AI, detailing how in its report Thinking on its own: AI in the NHS.

"Despite the hype around AI in healthcare, examples of it being implemented and deployed in the NHS are sparse," the report notes. "Broadly speaking, it is incumbent on individual providers to introduce new technologies into the NHS. With a different approach to technological adoption, however, which would gradually embed AI in service transformation plans, the future could look quite different."

Reform thinks the NHS should take the potential of AI and use it to develop a detailed framework for purchasing AI-enabled systems, making sure it remains a focused activity, and developing services that would benefit the majority, rather than the minority.

This includes collecting the right type of data, in the right format for an AI application, and sharing it securely with all those that would benefit from its insights.

"The healthcare system is still heavily reliant on paper files and most of its IT systems are not based on open-standards," the report continued. "This limits the exchange of information across the health system. Increasing the quality of the data collected within the NHS is of crucial importance as the accuracy and fairness of AI algorithms are wholly dependent on the data they are being fed."

However, the NHS must also address the concerns of both its workers and the public around AI. Getting buy-in from both the public and healthcare professionals means confidence will be raised and outcomes will have more of an impact, Reform believes.

The think tank has put forward 16 recommendations to the NHS, including creating training datasets for other organisations that can use them to train algorithms for use in the public health service and that IT companies in charge of AI for the NHS should be responsible if systems fail.

Previously the NHS has been criticised for its approach to sharing data, axing its care.data scheme to pool patient data following a review by the National Data Guardian in 2016. A deal with DeepMind to share 1.6 million patients' data was branded "inexcusable" by academics, and the hospital involved had its knuckles rapped by the healthcare watchdog in May last year.