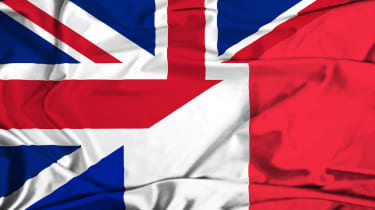 The UK and France are set to share knowledge on artificial intelligence (AI), in a bid to realise the economic and social benefits of the technology together.

Experts in data, cyber security, digital government and digital skills from both sides of the channel will collaborate and share insights at an Anglo-French technology conference due to take place later this year.

This morning's announcement took place during the annual UK-France summit this week at the Royal Military Academy in Sandhurst.

Secretary for Digital, Media, Culture and Sport (DCMS), Matt Hancock, said: "The UK and France are strengthening ties in technology and innovation. I'm looking forward to leading a cutting-edge digital conference this year which will see our world-leading experts in cyber security, digital skills, artificial intelligence, data and digital government share their talent and knowledge.

"Both countries benefit when our digital economies are strong and the event will deepen our bonds and foster cross-Channel collaboration between those at the forefront of modern technology."

The UK's tech sector broadly considers Brexit a threat to its future, and lobby group techUK has urged the government to protect the industry in trade talks with the EU, but UK venture capital investment hit an all-time high in 2017 at nearly 3 billion.

France is also fostering its technology industry, turning a defunct railway station in Paris into a hub for startups, large firms and investors.

Julian David, CEO of techUK, added: "This event is a significant step towards greater collaboration between the British and French tech sectors.

"International platforms for collaboration, such as the one announced by Matt Hancock today, provide valuable cross-border perspectives on many of the social, legal and ethical questions that will be raised as we continue to innovate."

The countries also used the summit to reiterate their support for net neutrality, the concept that all websites should be equally open to all. The US recently reversed a law enforcing net neutrality, though the Federal Communications Commission's decision is now subject to a number of lawsuits.

Both the UK and France's governments announced an alliance between Imperial College London and the French National Centre for Scientific Research on Tuesday to strengthen academic ties around AI.