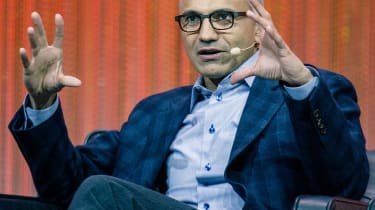 Speaking at Microsoft's Leading Transformation in AI event in London, Nadella predicted AI will render enormous change in "every walk of life", but warned that developers, including those in his own company, would need to take their ethical responsibilities seriously.

"We're at that stage where the choices we make are grounded in the fact that technology development doesn't just happen - it happens because us humans make design choices," he said in a speech spanning a broad range of topics, including the Internet of Things (IoT) and quantum computing. "Those design choices need to be grounded in principles and ethics - and that's what's the best way to ensure the future we all want."

Speaking favourably of a recent House of Lords report into the need for an ethical code of practice in AI, he revealed that Microsoft has formed its own ethics committee, also stressing that the tech giant is working to ensure its technology reflected the high standards Nadella said Microsoft aspires to.

One of the key challenges in language, he said, "is the models that pick up language and learn from the corpus of human data available", lightly referencing Redmond's infamous Tay bot scandal - in which the company's Twitter-based chatbot, designed to emulate a teenage girl, began parroting racial slurs and conspiracy theories after being exploited by trolls.

Joined by fellow Microsoft executives and customers from Unilever and Great Ormond Street Hospital (GOSH), Nadella outlined his vision for how AI could augment human capability, not replace it, mainly in language, audio and visual applications across a range of industries.

He cited the use of EmpowerMD at Pittsburgh Medical Centre, a software designed to cut down transcription time by intelligently transcribing doctor-patient conversations.

"The doctor is more efficient, and the patient is getting more of the doctor's attention and time, which is, in fact, the benefit of AI in the workspace," the CEO said. "And these design choices around we make in how we create AI and bring to market underline how we hope to make impact."

Unilever's CIO, Jane Moran, spoke at the event about how the use of machine learning has led to improvements in analysing and democratising data, before she demonstrated how its AI-powered chatbot, Unibot, is being used across the whole organisation to cut 90% of HR time spent on manual tasks like answering basic queries.

"Crucially, it frees up the HR professional's time to really focus on productive ways to support the staff in the business," she said, adding that the platform can be built out into other divisions in the company including legal, finance and manufacturing.

Meanwhile, Nadella outlined his vision for how AI is naturally integrated with cloud and edge computing, highlighting recent shifts in how the computing fabric itself is becoming distributed from the cloud to the edge - allowing developers to build multi-sense and multi-device experiences.

"We're reconceptualising the core products we build," he said, explaining the way the company's Office, Management and Security suites were rolled into Office 365, with the same principles applying to Dynamics 365, as well as its gaming arm, and LinkedIn. 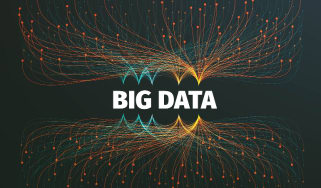