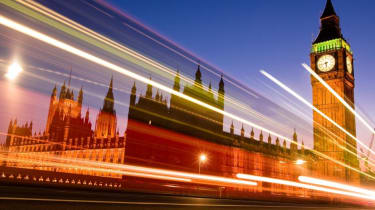 Demis Hassabis, the co-founder of British firm DeepMind, is to advise the UK government's new Office for Artificial Intelligence.

Two other AI experts, CognitionX co-founder Tabitha Goldstaub and Professor Dame Wendy Hall, professor of Computer Science at the University of Southampton, have also accepted roles as the government seeks to position the UK as an AI leader. Goldstaub will serve as the chair of the newly-announced AI Council, and Hall will be the UK's first Skills Champion for AI.

Hassabis's role will be to advise the government and the country on AI issues, helping address skills shortages and fostering innovation in the field.

"I've always believed that AI could be one of the most important and widely beneficial breakthroughs of the 21st century - and as a proud Londoner, it's fantastic to see the UK's world-class universities and startups already making major scientific advances," Hassabis said. "Alongside the research, I'm very excited about the role the UK can play in making the case globally for AI's safe and ethical deployment."

The trio will ensure the government is focusing on achieving the key points relating to AI set out in its Industrial Strategy.

"Cutting-edge technology is the basis of the future of our economy," digital secretary Matt Hancock said. "Under this government, investment in the tech sector doubled in the last year, is growing at three times the pace of the rest of the economy, unemployment is at a 40-year low, inequality is falling, and we are seeing the first sustained fall in debt in a generation. We must build on these strengths."

He added the government wanted to choose the best people to seize the opportunity and Hassabis, Goldstaub and Hall all have the vision to make the UK a world leader in AI technologies.

Goldstaub said on Twitter: "I'm passionate about the potential we have to unlock the power of AI to benefit everyone. And I'm honoured to work with The Office for AI @demishassabis @DameWendyDBE and the AI Council we bring togeher to champion rapid and responsible adoption."

"These appointments will help lay the foundations for the UK AI industry to thrive and provide the leadership we need to help it grow," Hall added.

"TechUK has long called for industry to be deeply engaged in taking forward the government's AI strategy and has heralded the importance of maintaining the UK's AI leadership," Sue Daley, head of cloud, analytics and AI at techUK said. "The appointment today of Demis Hassabis and Tabitha Goldstaub ... sends a very clear, positive message that; only by government and industry working together, will we realise the full potential of AI.

"TechUK also welcomes the continued leadership of Dame Wendy Hall on AI skills, given that building the next generation of UK AI talent is vital to securing the UK's AI future."