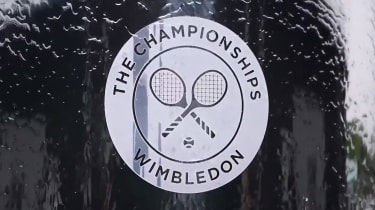 IBM is helping bring a more immersive experience to Wimbledon this year, with the introduction of AI-powered automated video highlights, built using Watson.

The AI engine will recognise a player's emotions and use these to deliver tailored video highlights to viewers around the world. IBM claimed the AI can interpret what the player is feeling, then combine this with crowd noise and player movements to curate a highlights reel for viewers.

This also makes it a lot easier for editorial and production teams to put together the most engaging content possible for tennis fans.

Developed by IBM Research scientists and IBM iX consultants, the Watson-powered technology allows footage to be sorted into bite-sized chunks that can be easily shared across social networks. With an average of three matches per court every single day of the tournament, that means only the very best content will be broadcast and staff won't have to filter through hundreds of hours of tennis to find the best bits.

"We want to engage with existing as well as new fans around the world, to help them be part of Wimbledon 2018, especially in what will be such a competitive sporting summer," said Alexandra Willis, head of communications, content and digital at the All England Lawn Tennis & Croquet Club (AELTC).

"We want to tell the stories of the phenomenal athleticism of our great players, the gladiatorial nature of the matches they play and explain the sporting narratives that will cut through to our audience. IBM is critical to us in helping us place content with fans where they want to consume it and acknowledge the ever-increasing focus on video and new content formats in social media."

Other innovations IBM has developed for this year's Wimbledon tournament include an AI insights dashboard that will present real-time footage of every shot during the course of the sporting event, accompanied by an excitement level, which will help the editorial team make better decisions about their social and web content.

"People are judging Wimbledon on the experience they had last month, or even yesterday," Sam Seddon, Wimbledon client and programme executive at IBM, said. "Technology plays a really important role in making their digital channels the most engaging place to experience The Championships. Increasingly, the AELTC is embracing the role of AI as being a foundation of that digital experience and strategy."