IBM Verse: The answer to our email woes?

With IBM Verse hitting the enterprise soon, we look at how it could change email for good 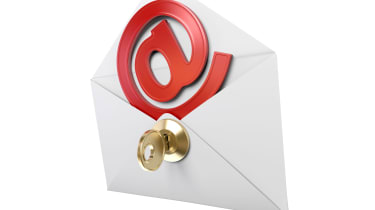 Email has become the habit the enterprise can't break, the communication channel that contributes to wasted time and energy as much as it allows us to get stuff done.

It needs to change if it is to stick around, and IBM believes it has found the solution. IBM Verse purports to be a completely new way of thinking about email, combining it with all other areas of office life to help the now-ancient messaging tool regain some relevance, lost trust and become productive again.

Discussed at length at this week's IBM ConnectED event in Orlando, Florida, IBM claimed Verse will "revolutionise" how business and IT leaders think about and work with email, and could be the answer to the productivity woes that have made sifting through our inboxes a necessary chore rather than a path to efficient communication.

Speaking at the event, Kramer Reeves, director of product management messaging and collaboration solutions at IBM, said: "Before last year, nobody was really looking at re-imagining this space. It was sort of a given that we were being handcuffed by email with 20-plus years of more features and functions, but not a completely reimagined experience.

"So when we showed up last year and came up with the concept of, 'let's look at turning email on its head,' it was the beginning of a new phase in the market of rediscovering the importance of email and how we actually reimagine it."

"Over the last year we've spent time moving to the point where we're there we have a system that truly is intelligent, and really is working for me, completely redesigned through a new experience that is focused on first the individual, and very shortly the groups, and also concepts."

One of the most significant features of Verse has analytics determine which of the users' contacts are most important or relevant, placing them in the top bar for easier access. When clicking on the person's icon, users will then be able to view important information, appointments and email threads related to them.

"If you think about how often customers or users will check their email up to 30 times an hour and there's certainly an always-on, always-available mentality," Reeves told IT Pro, "but when you take into account the seconds that turn into minutes of unproductive time throughout the day, how can we bring more attention to the most important emails or people that you need to interact with?

"The big premise with Verse was to use analytics to present to the user the people they should interact with the most based on certain algorithms we've built into the product, and also the presentation of these people that the system will learn after repeated usage"

The file sharing and storage capabilities also put Verse up against rival services such as Dropbox and Box, which ties into how many users now think of their inbox as a corpus of knowledge, contact information, passwords and actions as well as a basic file management system.

This has security implications, of course, and vice president of development and IBM Collaboration Solutions, Ronnie Maffa, believes that Verse would tackle those issues in a way that's more comfortable for both the individual user and companies keen to regain some control over what their staff are doing with sensitive files and information.

"The enterprise has begun to recognise that employees have found other methods to share files, in a way they're not comfortable with from a security standpoint, so I believe in 2015 many companies will try to co-opt that back so they can protect their content," she told IT Pro.

"Companies now understand the pervasive connectiveness of people, how important that is. That wave is pretty much there there are very few people in the enterprise who don't understand the need of connecting their people and allowing that open sharing. However, I believe that 2015 will be the year that they want to put social to work."

IBM isn't the only company attempting to overhaul the way social is used at work, however, with Facebook recently announcing itsFacebook for Work service late last year. As well as the established functions of the site adapted to suit a professional user base, the service will also incorporate document collaboration.

But IBM's tactic of putting additional social features, themselves familiar to an increasingly social world, into email is intended to aid adoption in that it is based in something classically comfortable to use in the workplace.

"The heart of the original strategy was bringing social closer to where our customers were spending their time," Reeves said. "The adoption of social technology, especially from the consumer standpoint, was expanding tremendously, and in the enterprise that adoption was starting to occur but not quite at the pace we wanted. So we're bringing more of the social to a place of comfort where our users exist into the inbox."

When asked whether this new wave of social business tools could blur the line between work and life even further than is already the case, Maffa said: "The intent of IBM Verse is not necessarily tapping into an [always-on] culture, but very much supporting the need of the individual.

"I would say that there is a number of considerations we need to have there are a lot of individuals who are by nature blending work with life, or with their family, however data separation was something we were very conscious of."

Whether the enterprise accepts it or not, then, social is coming to the workplace with a new sense of purpose. Tools like IBM Verse and Facebook for Work are attempting to smooth the transition from exclusively using email in many cases, to a multi-channel, multifaceted social hub designed to improve productivity and collaboration.

Reeves added: "Social has really exploded on the consumer level, and there's an expectation with users today that they want to share, they want to collaborate, they want to work together, and they want an environment that can bring those capabilities elegantly and seamlessly and in a way that's easy to use."