Dropbox: let innovation slip in through “shadow IT”

IT should trust users to pick and choose the apps they need – and rollout the best of the bunch company wide, says Dropbox exec 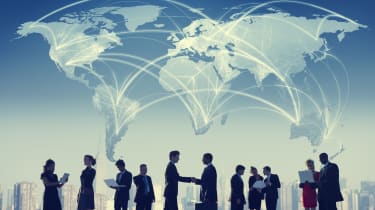 Companies shouldn't crack down on "shadow IT" they should keep watch on it for innovation ideas.

"Shadow IT" is made up of the apps and services that employees sneak onto company systems to solve problems of their own, without going through approved IT channels, such as staff using Whatsapp or Slack to communicate rather than only using email.

That shouldn't be discouraged, said Mark van der Linden, UK country manager at Dropbox, during IT Pro's second Collaborate and Communicate event, which was held yeste in London.

Indeed, that's how Dropbox evolved from a consumer firm to a business supplier. The 500 million Dropbox users brought the "magic folder" into eight million businesses, van der Linden said, and once it became part of "shadow IT", administrators asked for a business-ready version with security and management features. Dropbox naturally complied.

"From an IT perspective, it's not [good news] if they're using a non-IT controlled system, but that's why we introduced a business version," he said, later adding: "Companies told us, you've brought Dropbox into our business, but now we need a solution to make it more safe and secure."

For an example, van der Linden pointed to News Corp. Dropbox told the media giant's UK CIO that there were thousands of Dropbox users via the company domain. "He didn't have a knee-jerk reaction," said van der Linden. "He asked what are these people doing'?"  They were "getting work done", he said, and there were some "pretty cool use cases."

Plus, with so many people already having adopted the tool, the CIO faced less training and a shorter path to ROI.

A similar pattern saw collaboration tool Slack slip into Dennis Publishing, the company that publishes IT Pro. Tech savvy staff were using Slack well before the company's official implementation. "We saw shadow IT going on, saw it works really well, so we said let's roll it out," said CEO James Tye.

Being at the forefront of using a new technology made Tye feel "quite cool" until he realised a large number of staff had already long been using Slack. "When you lift the lid on your organisation, a third or half are already working like that," he said. "It's like when your parents show you Whatsapp and say this is really good isn't it', and you've been using it for years."

As van der Linden noted: "People are already on board platforms. Look at what they're doing. This transformation is already happening."