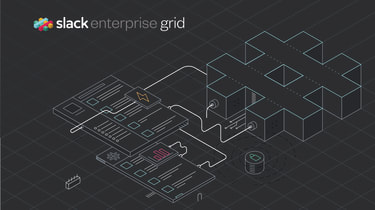 Slack's business focused platform has now been unveiled as 'Slack Enterprise Grid', which promises to add more features for managing the app at a larger scale.

The new platform will allow users to operate across unlimited workspaces and shared channels, while managers will be able to handle user accounts, groups and direct messaging across the entire organisation. 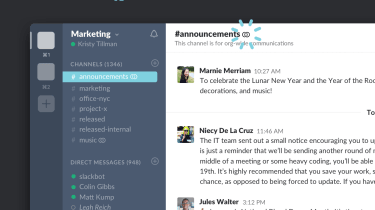 "With Enterprise Grid, Slack has preserved the sense of community, interactivity, and humanity of the workspace that our teams love, with the administrative capabilities we need as a larger enterprise," said Jennifer Manry, VP of Workforce Technology at Capital One.

The basic experience will remain the same, but will include some added functionality to make navigation easier. Instead of multiple teams using separate instances of the app, users inside large organisations will now be able to sign into a single layer to access every discoverable workspace or channel.

Security has also been beefed up, with new interfaces for the management of tools at the 'Grid' level, including data loss prevention and identity monitoring to keep track of who is accessing channels.

Administrators will also now be able to manage and control permissions on a per-workspace basis, including the allocation of integrations. 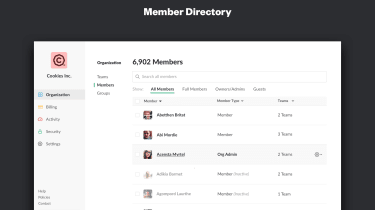 A new set of search, learning and intelligence (SLI) features are to be added to the package to deal with information overload, including a smarter search engine and the ability to highlight important messages across different channels.

A partnership has also been signed off with German software multinational SAP, which will provide a suite of new bot integrations for its 345,000 enterprise customers.

The exact price for the Slack Enterprise Grid package has not been disclosed, and those interested in the product have been asked to contact the company directly. Businesses not already using Slack will also have to sign up to the service separately.

30/01/2017: Start-up success story Slack will unveil a long-awaited enterprise edition of its popular collaboration platform, promising a range of business-focused features and security tools catered for IT departments.

The "Slack for Enterprise" version will be revealed at an event in San Francisco on Tuesday, according to a report from Business Insider. Slack, which already has an impressive customer base and is valued at $3.8 billion, is set to challenge the likes of Microsoft Teams and Facebook Workplace in the race to become the leading business collaboration application.

Pricing structures are still to be announced, but it is likely there will be multiple options available to customers. The current pricing format offers a free version with limited functionality, and two paid for tiers at $6.67 and $12.50 per person per month. 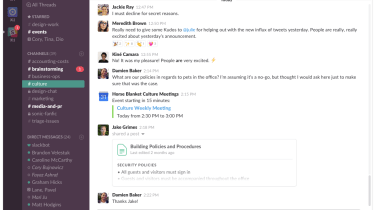 Slack has proven popular among businesses with its user friendly UI

Slack for Enterprise promises a range of features, including the previously announced "federation" which will make it easier for multiple teams to have their own custom installations of Slack, while still being able to talk to other co-workers on other versions.

Slack's enterprise edition has been a long time coming, with the company initially planning for a 2015 release. However the San Francisco-based company has found success in small to medium businesses, and recently hit a milestone of 4 million daily users, churning over $100 million in annual revenue. Nearly half of all Slack users are outside the US, in countries including the UK, Japan and Germany, while some of its largest business customers include LinkedIn, eBay, Conde Nast and EA.

The new business focused service will also bring a reworked secure API, featuring improved compatibility and integration options for other common workplace applications, and improved security and analytics tools for IT departments.

Despite enjoying a significant user base already, Slack has strong competition ahead from Office 365's Microsoft Teams and Skype for Business, which are set to outpace all other collaboration apps on the market in terms of adoption, according to a recent Spiceworks survey.

IT Pro approached Slack for more details but declined to comment pending the announcement.