We take a look at some of the best VoIP providers for 2017, as identified by Gartner 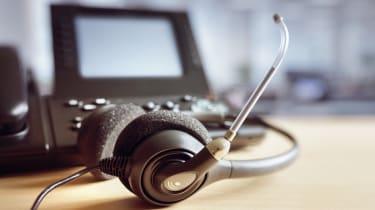 Every year, Gartner names the most impressive unified communications vendors around, ranking them according to their vision and general offerings across VoIP, video, web conferencing, telephony, messaging, applications and UCaaS solutions.

What's important to note is that VoIP isn't just limited to being able to use an application on your computer or phone to make calls and partake in video conferences. It's an all-in-one solution, allowing you to use your network to make and take calls and collaborate across your entire device portfolio  including desktop phones.

We've assessed the market leaders according to Gartner's 2017 Magic Quadrant report, but also used other sources of performance, such as Gartner's VoIP software reviews and reviews from business users to come up with a definitive list of the best business VoIP providers to consider for your organisation.

According to Gartner's Magic Quadrant report, Cisco is the market leader in unified communications, with its VoIP product offering ease of use to unlimited number of seats in an organisation.

Because Cisco's VoIP solution is part of its UC offering, which includes additional extras such as collaboration and an API allowing businesses to develop their own apps for communication in the business, it's a much richer platform than some of the other VoIP-only services discussed here.

This means it also comes at a higher price and because it has been designed to replace the phone system of the organisation, will have heavier installation requirements than the likes of Skype for Business, for example.

Since Microsoft bought Skype in 2011, the company has transformed it into a business essential tool by merging Skype's tools with its own Lync communication platform to make a more business-centric VoIP tool.

Skype for Business takes many of the consumer features of Skype, such as free video conferencing with up to ten participants, screen-sharing and remote desktop tools, as long as your admins permit it.

However, in the not-too-distant future, Microsoft will migrate everyone using Skype for Business towards Teams, the company's collaboration platform. This will add even more exciting features, such as add-ins for inbound and outbound calls to PSTN numbers, the ability to put people on hold, call transfer, voicemail and audio conferencing to make it more of a unified communications platform like its rivals.

Until then, Skype for Business will continue to evolve, with a new on-premise server planned for 2018 to add PBX and other advanced calling capabilities to super-charge its VoIP service.

Price: From $2/user/month or included with Office 365 plan

Mitel's VoIP solution tied with Microsoft in second place in Gartner's Magic Quadrant league table and it's not surprising, with its comprehensive range of features. Since acquiring Shoretel earlier this year, the company is certainly set to be one of the leaders in unified communications next year, but its MiCloud Office VoIP offering this year ranks pretty well too.

It's an expensive option compared to some of the other services we've included in our roundup, but that's because it offers a wide range of features to help a business's communication across the board.

The VoIP application itself offers a simple to use UI, with predictive search to easily find the person you want to talk with and the ability to transfer, forward, park and put calls on hold while you're talking.

Unlimited long-distance calling is supported, along with comprehensive management features such as voicemail, voicemail-to-email, online faxing and company-wide call analytics.

Avaya combines VoIP with SIP phones and offers voice, video, and instant messaging, supported across mobile and desktop devices. It's a modular platform that allows businesses to just tag on the features they need. With 600 to choose from, you're spoilt for choice.

Avaya can be deployed on-premise or on the cloud. The latter option is fully managed, while with the former you're left to your own devices.

There are four options to choose from: Basic, Essential, Preferred, Server and Select, which include a variety of different pre-installed modules. The basic option includes the majority of the features you'll need to use regularly, such as putting calls on hold, transfering calls, visual voicemail and integration with their CRM. Power users can also use their mobile device to make and take calls.

Pricing: Varies according to modules chosen

Unify was acquired by Atos at the beginning of last year and when that happened, the company's OpenScape product moved to Atos too.

What this means is that the product is much better supported with Atos' group of collaboration and workplace products, making it much more than a standalone VoIP.

The solution is available both on-premise and in the cloud and it's set up for any sized business, with OpenScape Business aimed at small businesses, OpenScape Enterprise Express for companies with up to 5,000 users and OpenScape Enterprise, its distributed architecture for large organisations.

It integrates well with products from other organisations such as Microsoft, IBM and Google, making it a great option for businesses tied to infrastructure or application providers, but that doesn't mean it leaves its collaboration features to third parties - it offers a full suite of live voice, audio and video conferencing, and Web collaboration, in one UI.

It's supported with other email, text and voice messaging too and can be used on desktop phones, mobile and tablet, with switching between the three possible with just a swipe.