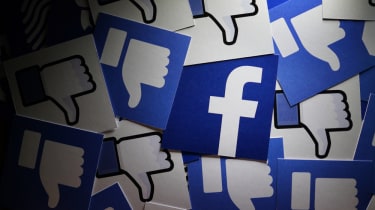 Facebook has refuted a report that the social network is cutting ties with UK tech organisation and community techUK over its links to government and lack of support for Silicon Valley.

There was also a suggestion that without Facebook's membership, the lobby group would struggle with funding, but that was also denied.

TechUK represents around 850 companies, most of which are small and medium-sized businesses, but the likes of Google, Amazon, Apple and Facebook are also members.

According to The Sunday Telegraph, some executives at the social network have been weighing up its future relationship with techUK. Supposedly this is part of a debate over the organisation's close links with the government and its lack of representation for the interests of the Silicon Valley tech giants.

The Telegraph cited "an industry source" that suggested Facebook may have also "spent pretty heavily" on its membership of the Internet Association, a Washington-based lobby group that set up a UK division last year. Once again, Google, Amazon, Facebook and co are all members - in this case, founding members - so the thinking is that it's in a better position to speak for Silicon Valley tech firms.

This, however, has been refuted by Facebook, which confirmed to IT Pro that it wasn't true.

Alarm over funding should Facebook end its membership was also squashed by techUK which confirmed to IT Pro that it has a very broad funding base, and is not reliant on one tech giant.

This is not the first time that reports have questioned techUK. In 2018, the organisation came under fire for allegedly appearing to suggest that MPs should back a Brexit Withdrawal Agreement. The group warned MPs to back the then Prime Minister, Theresa May, and her Brexit deal, or risk jobs and investment as a consequence of the 'no deal' alternative.

This proposal was the only one that respected the 2016 referendum result, while preserving the sector's good health, according to CEO Julian David, who urged MPs to support the deal.

"The proposed agreement would avoid the very dangerous consequences of no deal and provides a basis on which to secure a comprehensive deal on the UK's future relationship during the implementation period," he said.

"Failing to confirm Parliamentary agreement risks creating even more uncertainty for tech businesses, their staff and their customers. As a sector responsible for over a million jobs, and the fastest-growing part of the UK economy, we recognise that a no-deal would directly impact the ability of tech companies to trade, move data and secure talent."