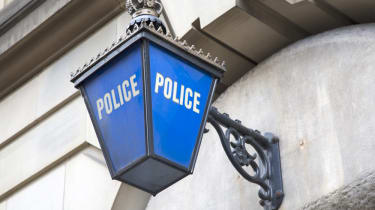 The UK's police forces have disciplined 237 serving officers and members of staff for computer misuse, according to a Freedom of Information (FOI) request.

Six employees have resigned and 11 have been sacked due to failing basic IT best practices.

23 police forces responded to the FOI request made by think tank Parliament Steet. Of those, the Surrey and London Metropolitan police recorded the most disciplinary action over computer misuse.

The offences range from using police systems without legitimate purposes to sharing sensitive information over social media, and raise concerns over the privacy and security standards of the UK's law enforcement.

Over two financial years, the Surrey police force recorded 50 individual cases of IT abuse, with the majority of the incidents relating to misuse of email. The Met recorded 18 disciplinary accounts, with one sacking over the misuse of the Crime Reporting System.

The Met also disciplined four members of staff for misusing social media. Two employees from Hertfordshire's constabulary were reprimanded for the same reason, after taking photos of the force's systems and sharing them via social media.

Three officers each were sacked from both Gwent and Wiltshire forces for using the police databases without lawful access to the information. One member of the Nottinghamshire Police used its system to search for a civil dispute they were involved in.

"Instilling the highest standards of IT best practice in serving officers and operational staff is critical for maintaining the integrity of our police forces," Sheila Flavell, COO of recruitment service FDM Group.

"All too often these incidents arise due to a lack of training or understanding about the need for correctly handling sensitive information. With cyber crime on the rise, it's vital that those tasked with keeping us safe are proficient with technology and acutely aware of the importance of data protection rules."