The attack cost the company at least $250m, but was "an important wake-up call" 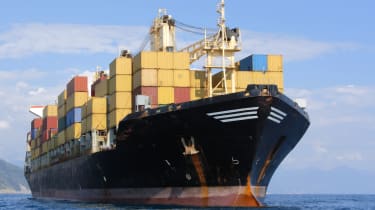 Shipping firm Maersk rebuilt its entire infrastructure in just ten days in order to recover from the NotPetya malware epidemic, the company has revealed.

Speaking at a panel as part of this week's World Economic Forum in Davos, the chairman of the logistics group Jim Hagemann Snabe said that the malware outbreak necessitated a full reinstallation of vast numbers of systems and applications.

"We basically found that we had to reinstall our entire infrastructure," he said. "We had to install 4,000 new servers, 45,000 new PCs and 2,500 applications - and that was done in a heroic effort over ten days."

"Normally - I come from the IT industry - you would say that would take six months; it took ten days. A heroic effort, and I can only thank the employees and partners we had on doing that."

The incident, he said, was "an important wake-up call". The company learned a number of important lessons, including the fact that Maersk was "basically average" when it came to cybersecurity. The company now has a plan to improve its security capabilities and transform them into a business asset, rather than a potential liability.

Snabe also spoke of the value of openness and collaboration in the area of cybersecurity, noting that what happened to Maersk can happen to other companies, and that a greater understanding of the problem is required.

The NotPetya outbreak had a huge impact on Maersk - the firm apparently lost between $250m and $300m as a direct result of the attack, and was forced to conduct its business manually without the aid of IT systems while the damage was repaired. Impressively, the company only saw a drop of around 20% in volume despite this.