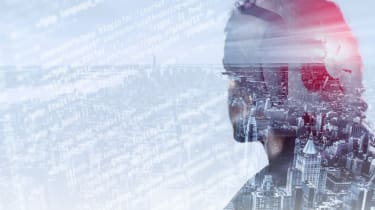 It's long been known that businesses in the UK are failing to address fundamental security flaws and today's report from cybersecurity firm Malwarebytes highlights how this is being exploited.

According to the cybersecurity firm's quarterly report which was released today, banking Trojan attacks were up 84% earlier this year making them the most popular form of malware attack for both businesses and consumers. More alarmingly, it shows a shift in the way hackers choose to target vulnerable users as the types of Trojan used are changing.

A mix of both new Trojans and stronger, evolved iterations of previous malware top the most detected list.

The report also highlights the hike in attacks on businesses compared to consumer targets with a 55% and 4% rise in the respective sectors.

Not only are the targeted attacks becoming more sophisticated, they're starting to target those with larger pockets, seeking greater rewards for their efforts. This is shown in the increased detection of Emotet, a malware that exclusively steals financial information from infected computers which is up 37% and ranks in the top six detected malware for businesses.

The threats don't end with Trojans either, ransomware attacks saw an 88% increase while consumer attacks saw a welcome decline. Malwarebytes said new developments to GandCrab, including faster and more robust encryption features have made it an even greater threat. The new variant has already hit Florida's Monroe County School District, causing a week-long outage of their computer network.

In addition, Magniber ransomware expanded to other regions. In previous years the attacks have been localised to South Korea, but in recent months the malware has increased its target range, setting its sights on other Asian countries too. Previous iterations of Magniber targeted users by identifying keyboard language layouts but it now checks for other languages native to Asian countries including Hong Kong, Singapore, and Malay.

The report should alarm businesses that make up the surprisingly high number of firms in the UK that are failing to implement the five steps recommended by the government's Cyber Essentials scheme. According to the annual Cyber Security Breaches Survey, only 50% of all businesses surveyed have implemented all five security measures as set out by the scheme.

"The number of businesses making cybersecurity a priority has increased year-on-year, but this survey shows that there is still a long way to go in addressing the very basics," said Tony Pepper, CEO of file-sharing firm Egress.

"Q3 2018 proved that more and more cybercriminals are willing to put on their big boy pants and put their software to the test in a much larger arenawhether that's going toe to toe with businesses who have more robust security practices (but much juicer, profitable targets) or spreading out into new geolocations," the report said.

"The big story here is how many different malware authors (and thus different families and categories of threats) turned their attention at once to organizations, leaving their experimentation to the consumer side."