What is island hopping?

Far from being part of an exotic holiday, island hopping is a hacking technique that could pose a serious threat to your business 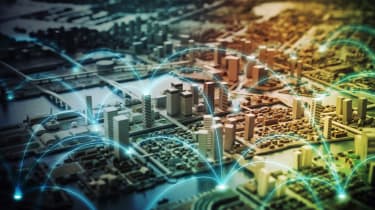 Much like how many words and phrases in the English language take on new meanings with societal shifts and technological advent, the same goes for 'island hopping', a term previously reserved for explorers of different countries.

Island hopping is a term used to describe the process of undermining a company's cyber defences by going after its vulnerable partner network, rather than launching a direct attack.

Infiltrating the smaller and often less secure partner firms allows attackers to gain a foothold in a connected network, and then exploit the relationship between the two companies to gain access to the bigger target's valuable data.

The attack gets its name from the World War 2 strategy adopted by the US in its island campaign against Japan. Forces gradually and strategically seized control of smaller islands outside of the mainland of the axis power instead of tackling it head-on - a technique called 'leapfrogging' at the time.

How prevalent is island hopping?

You may not have heard much about it before, but over the past few years it has become one of the most effective forms of cyber attack. According to Carbon Black's Quarterly Incident Threat Report, half of all current cyber attacks make use of island hopping at some stage in their process.

The Carbon Black report also revealed that the business verticals most commonly affected were the financial, manufacturing and retail sectors, but stipulated that it's difficult to ascertain an exact percentage figure of how many have been affected due to the complexity of following a cyber attack's journey.

The recent spate of ransomware attacks targeting an array of US towns and cities has also seen island hopping as a method of breaching the small municipalities' networks, according to one mayor.

One of the higher-profile examples of island hopping happened in late 2013 when hackers breached the US retailer Target's point of sale system and stole payment information from 40 million customers. Between containing the breach, legal counsel, court settlements and other expenses, this attack cost Target nearly $300 million.

Steps you can take to protect your organisation from island hopping

As attacks become more frequent and more devastating, here are a few recommendations for avoiding a breach and keeping your information safe. With that in mind, one of the first places to start is employee training and awareness. Make sure you have policies, procedures and best practices in place, and that your employees are familiar with them; doing this will help diminish the possibility of a breach.