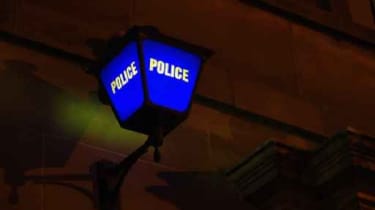 The UK is set to lose access to the European Cybercrime Centre, after it was revealed the country will no longer be a member of Europol following its departure from the European Union in 2019.

Cyber security experts have expressed dismay at the news. "This is hugely disappointing," McAfee's chief scientist Raj Samani told IT Pro. "Europol have a proven record of success and one would hope a degree of compromise can be reached since the safety of all citizens across the globe is our joint mission."

The government had stated earlier this year that it wished to continue its relationship with Europol following Brexit, but the EU's top negotiator Michel Barnier said that access to Europol would not be possible once the UK leaves the EU, stating that it was a "logical consequence".

Losing access to EC3 will mean that UK police units fighting cyber crime will no longer benefit from intelligence-sharing between EU member states, as well as from the extensive support network offered by Europol's cyber specialists.

"Since before the referendum, the NCA and its partners in policing and wider law enforcement have clearly stated our need to work closely and at speed with European countries to keep people in the UK safe from threats including organised crime, child sexual abuse, cyber attack, and terrorism," a spokesman for the UK's National Crime Agency told IT Pro.

"We are confident that these requirements are being taken into account, and that there is broad consensus on the need to retain our ability to share intelligence, biometrics and other data at speed. It is also vital to ensure we can continue to provide a quick, efficient and dynamic response to crime and criminals impacting the UK and its citizens, be it from serious and organised transnational crime or local level volume crime at the heart of UK communities."