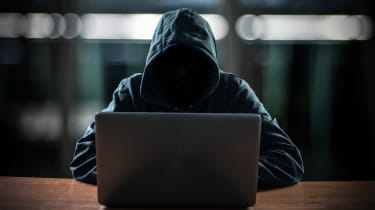 A 19-year-old man from Norwich has been sentenced to 20-months in prison for selling stolen personal data, the Norfolk police have revealed.

Elliot Gunton pleaded guilty on Friday to supplying personal data and hacking services in exchange for thousands of pounds worth of cryptocurrency.

Police seized Gunton's laptop in April 2018 after finding suspicious software. The discovery was made during a routine check to see if he was complying with a Sexual Harm Prevention Order, which came from a previous conviction in 2016.

On Gunton's computer, police discovered that he had offered to supply compromised personal data for third parties to use for criminal purposes, such as passing on mobile phone numbers so they could intercept calls and texts for fraudulent purposes.

In a bid to avoid detection, Gunton offered his services in exchange $3,000 in Bitcoin. However, despite taking measures to conceal his activity, he left enough clues for the police. Officers were able to track and later seize 275,000 worth of Bitcoin under his control, and they also found fragments of online conversations where he discussed his criminal activity.

Following the discovery, Gunton was charged with breaching a Sexual Harm Prevention Order, hacking offences and money laundering - he pleaded guilty to all on Friday 16 August at Norwich Crown Court.

Detective Sergeant Mark Stratford said it was an "ever-growing paradigm of cybercrime" that requires police investigators to be at the forefront of technological advancements.

"Gunton was exploiting the personal data of innocent businesses and people in order to make a considerable profit but he did not succeed in hiding all of his ill-gotten gains which enabled us to seize hundreds of thousands of pounds worth of Bitcoin," said Stratford.

Gunton was sentenced to 20-months in prison and ordered to pay back 407,359. On top of this, he was also issued with a three-and-a-half-year Community Behaviour Order limiting his access to internet-enabled devices.