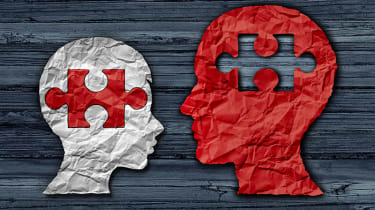 The government lacks urgency over addressing the shortage of cyber security skills needed to protect the UK's critical infrastructure, the Joint Committee on the National Security Strategy has warned.

The Committee published a short report concluding that the shortage of specialist skills and "deep technical expertise" is one of the "greatest challenges faced by the UK's CNI (critical national infrastructure) operators and regulators in relation to cyber security".

"Our Report reveals there is a real problem with the availability of people skilled in cyber security but a worrying lack of focus from the Government to address it," said the chair of the Joint Committee Margaret Beckett MP.

"We're not just talking about the acute scarcity' of technical experts which was reported to us; but also the much larger number of posts which require moderately specialist skills. We found little to reassure us that Government has fully grasped the problem and is planning appropriately."

The Committee cited the WannaCry ransomware attack last year, which wreaked havoc across NHS hospitals, as an example of the fundamental need to ensure the UK is able to keep its CNI secure.

The Committee's report said that there is a lack of detailed analysis in which CNI sectors and specialisms are most affected by such cyber attacks, which in turn is limiting the government's ability to understand the skills it needs to plug the gap in technical expertise.

It also highlighted that a stand-alone skill strategy "promised by the government in November 2016" now will not be published until December 2018, thereby not giving the government the frame and impetus to pursue action to fill the skills gap.

"We acknowledge that the cyber security profession is relatively new and still evolving and that the pace of change in technology may well outstrip the development of academic qualifications. However, we are calling on Government to work closely with industry and education to consider short-term demand as well as long-term planning," explained Beckett.

"As a very first response, Government must work in close partnership with the CNI sector and providers to create a cyber security skills strategy to give clarity and direction. It is a pressing matter of national security to do so."

The Committee acknowledged there is no silver bullet to tackle such a skills gap, but the government should work with the IT industry and academia, and put in place a range of measures to meet the short-term demand for skills, and develop a pipeline of people with specialist skills to protect Britain's CNI in the long-term.