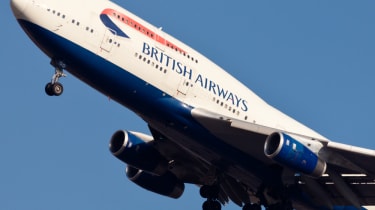 British Airways has put passenger personal information at risk after it was found to be emailing unencrypted links to customers in part of its online check-in e-ticketing process.

Researchers at security firm Wandera said such check-in links could be easily intercepted by attackers, say those lurking on a public Wi-Fi network, and allow malicious actors to view and change the flight booking details and personal information of passengers.

"In an effort to streamline the user experience, passenger details are included in the URL parameters that direct the passenger from the email to the British Airways website where they are logged in automatically so they can view their itinerary and check-in for their flight," explained Wandera. "The passenger details included in the URL parameters are the booking reference and surname, both of which are exposed because the link is unencrypted."

It recommends that airlines adopt encryption throughout their check-in process, require user authentication for steps where personal information could be accessed, utilise one-time time tokens for email links and ensure users have mobile security deployed.

Israel Barak, chief information security officer at Cybereason, said: "The British Airways vulnerability again sheds light on the difficulty airlines, and all corporations for that matter, are having protecting the backbone of their organisations - customer data.

"This isn't the first vulnerability either, as as many as 10 airlines were reportedly investigating a similar vulnerability earlier this year. Kudos to British Airlines for acknowledging the incident and for them working quickly to solve any outstanding issues.

"For the consumer flying with British Airways, or with other carriers, they should be working under the assumption that their personal information has been compromised many times over. "

The news comes after nearly 300 flights were delayed or canceled at London's Heathrow, Gatwick and City airports when BA faced a major IT outage. And in July, it was fined a record 183 million for GDPR violations.