The EU calls for cyber security pact with post-Brexit UK

Debates need to focus on a cooperative data protection plan, according to Brexit negotiator 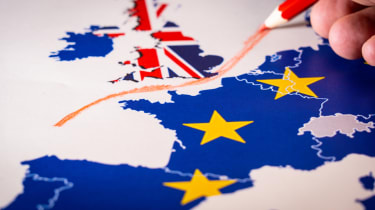 Collaboration between the UK and EU in the post-Brexit era will be essential for cyber security, according to Michel Barnier, chief Brexit negotiator at the European Commission.

The conditions of Britain's exit from the European Union, delayed for the second time until 31 January, are still being debated by Parliament.

"Brexit is not only about the divorce: with so many underestimated consequences, it is also about building a new partnership with the UK," Barnier said at Lisbon's Web Summit tech conference. "Even when our deal is ratified, that will not be the end of the story. We need to keep in mind that orderly withdrawal is a step - a necessary step, but it is not the destination."

He noted that the UK and EU will have to cooperate against cyber security threats in particular, for the protection of future trade and mutual security.

"Our new partnership should include the exchange of information on cyber incidents, attackers' techniques, threat analysis and best practice, including when those target the correct functioning of democratic systems," Barnier said. "Crucially, we need to have capacity to respond jointly to such attacks."

"Today in the 21st century, the US and China are in the lead," Barnier said, warning that Europe is falling behind in the race for tech development, and failure to collaborate will only mean shooting each other in the foot. "If we in Europe do not act now, the future of our industry, our jobs, personal data, and ethical standards will be made in Washington and Beijing."

With the legitimacy of standard contractual clauses (SCC) as contractual tools indicative of GDPR-level data protection still under debate, UK businesses might be barred from receiving GDPR-protected data from the EU altogether after Brexit.

Other EU-enforced data protection measures such as ePrivacy Regulation, which compels websites to ask visitors whether they'd like to accept cookies, won't carry over either unless the UK passes similar legislation before Brexit.

Barnier included his personal feelings about Brexit in his Web Summit speech: "Let me be frank. Until now no one has ever managed to explain to me the added value of Brexit. Not even Nigel Farage." 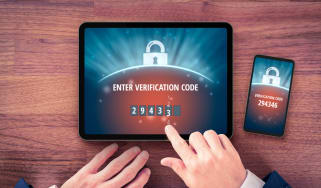