The content of this work, however, will remain highly confidential to keep it from inspiring potential adversaries 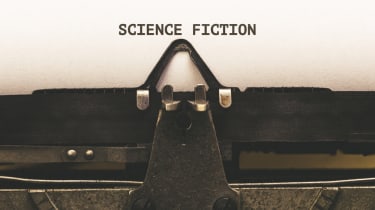 The French military is to assemble a team of science fiction writers to imagine possible future cyber threats and inject innovation into cyber defence.

This will be a small group, known as the "Red Team" which will be comprised of four or five science fiction writers and or futurists. The team will be hired to "propose disruptive scenarios" that military strategists may not think about, according to France's Defence Innovation Agency (DIA).

A part of the Red Team's work will be to put themselves in the shoes of state attackers and terrorist groups in role-playing games, and asses the consequences any cyber-attack using advanced technology. The resulting hypotheses they put forward are then meant to help the armed forces prepare for the consequences of disruptive tech that could drastically change conflicts.

It comes amid efforts by the French government to innovate its approach to cyber defence, with some of these innovations showcased during 2019's Bastille Day celebrations on 14 July.

The content of this work, however, will remain highly confidential, due to its sensitive nature and also to keep it from inspiring potential adversaries, according to the documentation. So it's unlikely a new work of fiction will come out of this, but there is a long history of science fiction predicting the technology of the future.

There are also lots of stories about government bodies seeking the advice of writers. It was widely reported that the US army set up a meeting with Hollywood directors and writers, shortly after the events of 9/11, to create terrorist scenarios.

Famously, Geroge Orwell's 1984 predicted mass surveillance, although not quite in the same guise as Big Brother, with technology today, such as smartphones, home speakers and CCTV being used to watch over us and often breach our privacy.

Technology such as AI and virtual assistants can be traced back to Stanly Kubrick's film 2001: A Space Odessy, which he worked on with British sci-fi author Arthur C. Clarke. Clarke's other works also predicted technology such as driverless cars and the internet decades before they came to fruition.

The second instalment of the time travel trilogy Back to the Future, released in 1989, predicted drones  part of the Bastille Day celebrations showcased 'anti-drone guns' among other technology innovations.

Most recently, and creepily, the TV show Black Mirror inspired a very personal version of AI. In the episode 'Be right back' a smartphone-addicted man is killed in a road accident and his girlfriend uses a service that takes his text messages, social media posts and even recorded calls to create a digital version of him. In 2015, an AI-startup called Luka developed a chatbot based called Roman, based on the text messages of Roman Mazurenko, who died in 2015. The Black Mirror episode directly inspired the startup.

However, France's "Red Team" will be charged with sticking to cyber threats and predicting technology that will potentially pose a risk to national security, rather than segue into the realms of dystopian tech.