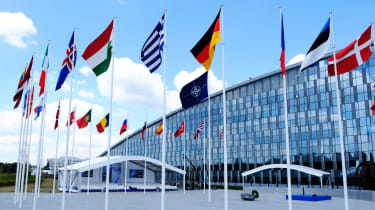 NATO Secretary General Jens Stoltenberg has said a cyber attack on a single member state could constitute an attack on all 29 members.

The announcement effectively incorporates cyber security into Article 5 of the NATO founding treaty, a "collective defence commitment" which compels all members to come to the defence of one or more countries threatened by external powers.

"We have designated cyberspace a domain in which NATO will operate and defend itself as effectively as it does in the air, on land, and at sea," Stoltenberg said, in an article featured in Prospect Magazine. "This means we will deter and defend against any aggression towards allies, whether it takes place in the physical world or the virtual one."

"The more information we have, the more prepared we are," he added. "By working with the European Union, strengthening the ways in which we share information, train, educate, and conduct exercises together, we will ensure that we have the most robust tools possible for responding to the growing cyberthreat."

Stoltenberg cited the WannaCry attack in 2017, which affected NHS hospitals and public sector bodies across the UK, as an example of a major cyber attack that would prompt coordinated action from NATO members.

This is the second time NATO has said it would incorporate cyber security into the treaty, having first announced plans back in 2014. However, little has been done to date to formalise the motion, and Article 5 was not triggered during the WannaCry incident.

The proposed change would largely formalise a response model based on existing examples of countries cooperating to fight cyber attacks. Specifically, Stoltenberg mentions recent joint efforts by the Netherlands and the UK in October 2018 to foil an attack by Russia on the Hague's chemical weapons research group.

NATO also operates its own Cyber Coalition, a programme that features some of the largest cyber defence exercises in the world.

Article 5 of the NATO treaty has not been triggered since the 9/11 terrorist attacks against US targets in 2001.

Although it makes sense to bring Nato's defence capabilities in line with modern threats, the murky world of cyber warfare will almost certainly create problems for the organisation.

As a military alliance, NATO exists to protect its members from the actions of aggressive states or paramilitary groups, protections that now include cyber. However, if cyber warfare in the 21st century has taught us anything, it's that it's almost impossible to attribute blame. Most attacks are coordinated by anonymous hacking groups and only rarely do we get information that could potentially tie one group to a state's government.

What's also unclear is how NATO will define a major cyber attack in the future, and how big it needs to be to merit a coordinated response. The WannaCry attack cited was perhaps one of the most disruptive cases of ransomware we have seen to date, affecting over 200,000 computer systems worldwide yet comparatively speaking we have seen few attacks of that scale since. If that is indeed the threshold, Article 5 may only be triggered in very rare circumstances.