Uber CISO: There was no justification for hiding data breach 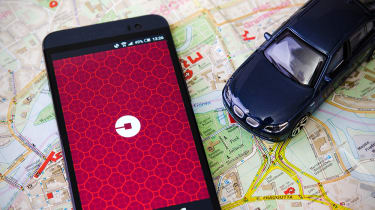 Uber's CISO yesterday admitted that there was "no justification" for covering up a huge data breach affecting millions of customers and drivers.

The breach, which was first reported in November last year, exposed the personal information of 57 million users, including 2.7 million in the UK, as well as the license numbers of roughly 600,000 drivers.

Rather than report the breach, Uber paid one of the two hackers responsible $100,000 to keep the breach under wraps and to not leak the stolen data.

Senators also noted that while Uber was covering this breach up, it was in the midst of negotiations with the Federal Trade Commission over a settlement for an earlier data breach.

"We recognise that the bug bounty programme is not an appropriate vehicle for dealing with intruders who seek to extort funds from the company," he said. "The approach that these intruders took was separate and distinct from those of the researchers in the security community for whom bug bounty programs are designed."

"There ought to be no question here that Uber's payment of this blackmail without notifying consumers who were greatly at risk was morally wrong and legally reprehensible and violated not only the law but the norm of what should be expected," said Democratic senator Richard Blumenthal.

"The fact that the company took approximately a year to notify impacted users raises red flags within this committee as to what systemic issues prevented such time-sensitive information from being made available to those left vulnerable," added Republican and Senate panel chairman senator Jerry Moran.