Thieves made off with usernames, email addresses and encrypted passwords 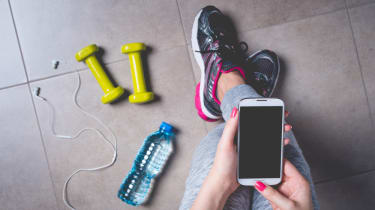 Health and fitness app MyFitnessPal has been hit by one of the biggest data breaches in history, after cyber thieves made off with the personal data of around 150 million users.

Under Armour, the activewear brand that owns and operates the app, confirmed last week that usernames, email addresses and hashed passwords were all stolen in the breach. The company has said that the majority of the affected passwords were encrypted with the Bcrypt algorithm, which has a good reputation for security.

The breach occurred in February and was detected on 25 March. MyFitnessPal has notified users, and will be requiring all affected accounts to change their passwords.

"We take our obligation to safeguard your personal data very seriously and are alerting you about this issue so you can take steps to help protect your information," the company said as part of an announcement notifying customers of the breach.

"Once we became aware, we quickly took steps to determine the nature and scope of the issue. We are working with leading data security firms to assist in our investigation. We have also notified and are coordinating with law enforcement authorities."

The hack is the third-biggest breach in history when measured by volume of affected accounts. Over 3 billion accounts were compromised by two record-shattering Yahoo breaches in 2013 and 2014, while 412 million users were hit by the breach of AdultFriendFinder and other sites under the FriendFinder Networks banner.

Under Armour purchased MyFitnessPal for $475 million back in 2015, and the app is part of the company's IoT and connected fitness portfolio.