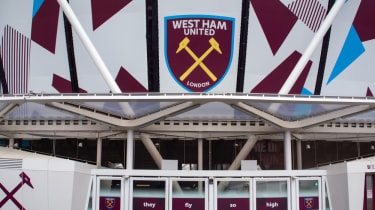 West Ham United could face action after accidentally leaking the details of hundreds of supporters in an email to confirm matchday tickets.

The football club accidentally cc-d the email addresses of up to 200 away season ticket holders to confirm their ticket allocations for the Football League Cup second round tie against Wimbledon AFC, set to take place next Tuesday.

Because only 675 tickets had been allocated for the tie, away season ticket holders were invited to apply for tickets via a special ballot. The leak of personal information occurred in a mass-email the club sent to successful supporters to provide details on how they could collect their tickets.

The erronious email was recalled after the club became aware of the mistake, and a follow-up message was sent several hours later to try to rectify the error, according to season-ticket holder Jack Lebeau.

"You may have received an email that included a segment of email addresses of those who were also successful in the ballot," the follow-up email read.

"The Club apologises that this information as inadvertently included and has reported this matter to the Information Commissioner's Office (ICO).

"The email was recalled where possible and we ask that if you did receive this email to please disregard it immediately. Beyond your email address, no other information has been shared."

Under the European Union's General Data Protection Regulation (GDPR) data controllers must report any breach affecting data subjects within 72 hours, and inform the affected people that their details have been compromised.

This is one of the first instances of personal data being leaked by accident since the new legislation came into force on 25 May, and could see the club fined up to 20, or 4% of global annual turnover should the ICO find West Ham to have breached the regulation.

"We are aware of an incident involving West Ham United FC and are making enquiries," an ICO spokesperson said.

West Ham United told IT Pro it would not be publicly commenting on the breach, as the matter had been resolved and reported to the ICO.