Short-term sentences handed for culprits of the infamous 2015 cyber attack which affected 160,000 customers 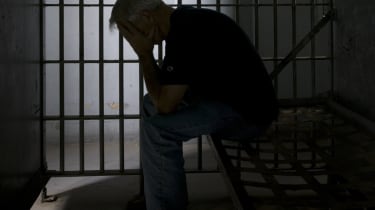 Two men have been sentenced to prison for taking part in the massive TalkTalk cyber attack in 2015, in which they made away with the personal details of thousands upon thousands of customers.

Staffordshire-based Matthew Hanley and Connor Allsopp, both in their early 20s, previously pled guilty to the hack which cost the telecoms firm 77 million and saw it handed a then-record regulatory fine.

Hanley, who shared the details of more than 8,000 customers with Allsopp, was jailed for 12 months at the Old Bailey, London, while his accomplice was sentenced for eight, according to BBC News.

Despite being branded "individuals of extraordinary talent" by Judge Anaju Dhir QC, who delivered the sentences, she added: "I'm sure that your actions caused misery and distress to the many thousands of the customers at TalkTalk."

During the seven-day hack in October 2015, Hanley and Allsopp stole the personal details of 156,959 customers including sensitive data such as bank account numbers, sort codes, and contact information.

TalkTalk noticed irregularities on 21 October and launched an investigation before warning customers the following day.

The court also heard the cost of the breach was now estimated to be 77 million, according to TalkTalk's chief financial officer (CFO), which is a considerable step up from the company's previous 60 million estimate.

The telecoms firm also faced two fines by the Information Commissioner Officer's (ICO) as a result of the breach including a then-record 400,000 fine in October 2016, and a further 100,000 penalty the following August.

Last April, Hanley pled guilty to three offences under the Computer Misuse Act 1990, including hacking the TalkTalk site, obtaining files that would enable further hacking, and supplying files to others that would precede hacking websites.

Allsopp, meanwhile, pled guilty to assisting fraud and sharing a file that could help others hack.

But they are only thought to be two of up to 12 attackers, according to analysis by BAE Systems, who gave evidence to the court.

IT Pro approached TalkTalk for comment but did not get a response at the time of writing.