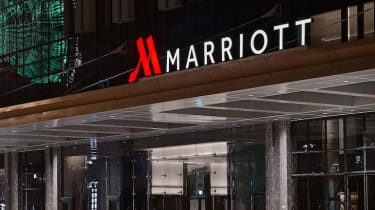 The Marriott hotel chain has suffered a major data breach to its Starwood Hotel brand guest reservation database which potentially exposed the information of 500 million guests.

On 19 November, an investigation undertaken by Marriott discovered that there had been unauthorised access to its database on or before 10 September.

"On September 8, 2018, Marriott received an alert from an internal security tool regarding an attempt to access the Starwood guest reservation database in the United States.  Marriott quickly engaged leading security experts to help determine what occurred," the company said in a statement.

"Marriott learned during the investigation that there had been unauthorized access to the Starwood network since 2014. The company recently discovered that an unauthorized party had copied and encrypted information, and took steps towards removing it. On November 19, 2018, Marriott was able to decrypt the information and determined that the contents were from the Starwood guest reservation database."

While the payment card data was encrypted using the AES-128 standard, Marriott noted that it cannot "rule out the possibility" that the two components needed to decrypt the numbers were not stolen.

Marriott said it has reported the data breach to law enforcement and will continue to work with said authorities to investigate the breach.

"We deeply regret this incident happened," said Arne Sorenson, Marriott's president and CEO. "We fell short of what our guests deserve and what we expect of ourselves. We are doing everything we can to support our guests, and using lessons learned to be better moving forward."

The company has set up a website to provide customers who might have been affected with more information and a year-long subscription to a fraud-detection service.

An ICO spokesperson said: "We have received a data breach report from Marriott Hotels involving its Starwood Hotels and are making enquiries.

"We advise people who may have been affected to be vigilant and to follow advice from the ICO and National Cyber Security Centre websites about how they can protect themselves and their data online."