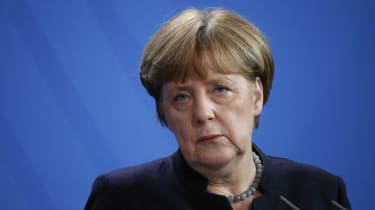 An unknown hacker has released confidential data linked to the German Chancellor Angela Merkel and hundreds of the country's other politicians.

The stolen details were released on Twitter over the past few weeks in a sort of AdventCalendar and included bills and credit card information, phone numbers, email addresses, photo identification and personal chat histories.

The Twitter account in question is called 'GOd' and identifies itself as based in Hamburg, but authorities have yet to establish the identity of the hacker.

Despite taking place over Christmas, the hack wasn't reported until Friday morning, by Berlin broadcaster RBB. The perpetrators claim to have an email address and fax number linked to Chancellor Merkel, but there also appears to be chat transcripts from Economy Minister Peter Altmaier.

The attack appears to have affected all major German political parties, but largely consists of more mundane material such as rental-car contracts and letters, some of which are several years old.

Germany's Federal Cyber Security Agency is investigating the hack at its national cyber defence centre. In a statement to Bloomberg, the agency said it couldn't comment on the incident at this time.

A whole host of organisations have fallen victim to data breaches over the last couple of years, such as British Airways, Equifax and even Facebook, but this, the first real big data breach of 2019, is a more personal attack.

"Releasing personal data on politicians is far more targeted than we usually tend to see," said Jake Moore, cyber security expert at ESET UK. "However, officials in high powered positions must be all too aware of the associated risk and consequences of a breach.

"Luckily this stolen data is over a year old but assuming some credit cards are still active, I would suggest they take a few minutes to cancel the cards in question and add fraud protection before the hacking world takes advantage of this breach."