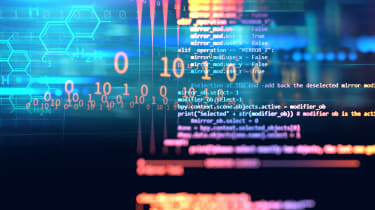 A server used to store the calls made to the 1177 Swedish Healthcare Guide service, a hotline for healthcare information, has been found to be vulnerability-ridden and exposed 2.7 million sensitive phone calls between 2013 and 2018.

The open server could be accessed without using any login credentials and stored around 170,000 hours worth of phone calls containing sensitive information.

Around 57,000 of these phone calls, in which callers seeking advice also shared social security numbers, had filenames which featured the caller's phone number, reports Computer Sweden.

While recording sensitive phone calls isn't unusual (we've all been prompted that our phone calls may be monitored for training purposes), the fact that the server required no authentication to access it, is a major issue - one that could potentially lead to GDPR probes.

Upon examination, every single call found on the server could be accessed just by having the IP address and a web browser. The calls could be viewed in list form, dated, and either played straight in the web browser or downloaded as an .mp3 or .wav file.

"This is likely the worst privacy breach in Sweden in modern time," said Martin Jartelius, CSO at Outpost 24. "Looking at the breach, it is due to not only a lapse in security but a complete lack of any form of protection. The same company also exposed other outdated and very weakly protected services to the internet, some so outdated a modern system will not even be able to connect to them."

The server in question was also found to have 23 vulnerabilities on it, meaning that if it wasn't just open for anyone to see, it would most likely have been hacked at some point.

"The exposure of these call recordings is down to a security misconfiguration, and these kinds of issues are well known and currently rank at number 6 in the OWASP top 10 which documents the most critical software security flaws today," said Adam Brown, manager of security solutions at Synopsys.

"To avoid these kinds of issues, firms must have policy and process to continually monitor the security of production systems, and any findings from that process must be addressed and not simply left as a growing bug pile.

"Article 32 of the GDPR states that organisations must implement secure processing, taking into account the state of the art. This doesn't look the data processor has a defensible position in this case."

The hotline operates by triaging callers and then either referring them to local nursing teams or to outside contractors for over-the-phone healthcare advice.

This particular server belonged to Thailand-based, Swedish-owned Medicall, one of the aforementioned subcontractors used by the service to give advice.

Medicall is only used when the hotline and nursing staff are very busy and need extra help, the regions usually serviced by Medicall are Stockholm, Sdermanland and Vrmland.

Medicall uses a cloud-based call system which then saved recordings to the exposed servers. Access to the server has now been blocked.