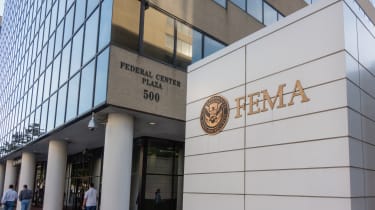 The agency leaked records of people affected by Hurricanes Irma, Harvey and Maria from 2017 to an unnamed outside contractor. It's common practice for the agency to share data with outside contractors, however, "FEMA provided more information than was necessary," said Lizzie Litzow, press secretary for FEMA.

The security breach occurred because of an error in a program used to place victims of disasters in temporary housing, according to the findings of the Office of the Inspector General.

The unnecessarily shared data included home addresses, birth dates and in most cases sensitive details about banking accounts belonging to the victims.

The breach could threaten the survivors with identity theft and fraud, according to the original watchdog report.

'Since the discovery of this issue, FEMA has taken aggressive measures to correct this error," said Litzow. "FEMA is no longer sharing unnecessary data with the contractor and has conducted a detailed review of the contractor's information system."

"FEMA has also worked with the contractor to remove the unnecessary data from the system and updated its contract to ensure compliance with Department of Homeland Security (DHS) cybersecurity and information-sharing standards," she added.

The Inspector General's report told FEMA it needs to install controls to ensure that the data would not continue to be shared with the contractor in question and also be certain that information shared is wiped from the contractor's systems.

"One can see how best practices in how a data leakage should be handled - notify the general public, have an action plan to resolve the issue and next steps what to do to not repeat the same mistake," said Boris Cipot, senior security engineer at Synopsys. "However, it also shows how bad decisions in database structures can lead to such disasters."

"When handling sensitive data, special care and a lot of thought has to be given to selecting which data can be accessed and which should not be accessible by systems. As said, it is good that they will now go and remove data that should not be shared, but this could be avoided if this selection was made earlier."

The report was originally published on 15 March but only recently came to light.

Of the 2.3 million people affected, 1.8 million had their bank details leaked with a further 725,000 had just their home addresses leaked, according to a Department of Homeland Security official who commented under the condition of anonymity.