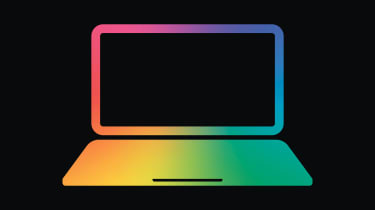 A charity that supports transgender children has issued an apology after a data leak led to the publication of personal emails.

Mermaids, which is a UK organisation that provides support and advice to transgender or non-transgender-conforming children, said it took immediate action after being made aware of the issue on Friday.

The data was published online after chief executive, Susie Green, set up a private email group to share information with the charity's trustees, according to The Guardian, but the online platform was publicly accessible.

The details of the leak were first reported in The Sunday Times, which said that more than 1,000 pages of the organisation's internal confidential emails had been accidentally published online. The report also said that the leaked information included "anguished" messages from parents about their children's suffering.

"The correspondence includes names, addresses and telephone numbers," The Sunday Times reported. "The material could be found online simply by typing in Mermaids and its charity number."

But the charity has denied this in a statement and said that the information, which contained internal emails from 2016 and 2017, was only accessible through "certain precise search-terms", adding that it could not be found unless the person searching for the information was already aware that it could be found.

Where The Sunday Times reported "anguished" messages from parents, Mermaids said it was material that mainly consisted of internal information involving "full and frank discussion of matters relevant to Mermaids", which included some information identifying a small number of service users.

Having contacted the ICO, the charity has said it's following the watchdog's guidance and has contacted those affected.

"The overall position is that there was an inadvertent breach, which has been rapidly remedied and promptly reported to the ICO, and there is no evidence that any of this information was retrieved by anybody other than the Sunday Times and those service users contacted by the journalist in pursuit of their story," Mermaids said in a statement.

"Mermaids apologises for the breach. Even though we have acted promptly and thoroughly, we are sorry. At the time of 2016-2017, Mermaids was a smaller but growing organisation. Mermaids now has the internal processes and access to technical support which should mean such breaches cannot now occur."