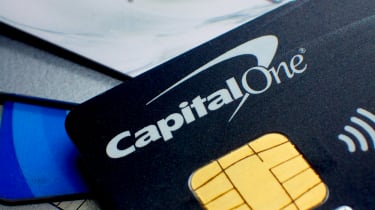 Research into the breach of Capital One's systems this week has suggested that a number of other major organisations could have also been hit by the same hacker.

Israeli firm CyberInt revealed that Vodafone, Ford, Michigan State University and the Ohio Department of Transportation were also mentioned alongside Capital One in communications sent by alleged hacker Paige Thompson, according to Fox Business.

The former Amazon employee, going by the online alias 'erratic', is believed to have hacked into Capital One's systems that contained details belonging to over 100 million customers in the US and Canada.

"I wanna get it off my server that's why I'm archiving all of it lol... it's all encrypted," Thompson is quoted as saying in the communications.

One other member of the channel replied: "sketchy sh*t... don't go to jail plz".

TechCrunch contacted each of the affected companies, all of which were still investigating the matter but had no evidence that files had been accessed or stolen.

Thompson is said to have disclosed her exploits to members of a public Slack channel, along with a list of targetted companies. She is also said to have posted proof on a GitHub page that was linked to her identity, in addition to a number of Twitter posts.

"Had the perpetrator followed a responsible disclosure process, such as the one published by Capital One and used to report the location of the breached files, then she might not be facing these criminal charges and we as consumers might have avoided yet another instance of our personal data becoming available for public consumption," said Tim Mackey, principal security strategist, Synopsys Cybersecurity Research Center, speaking to IT Pro.

The data breach, which affected 106 million individuals in North America, is arguably 2019's most significant one yet and one that could develop further as the other affected companies conclude their internal investigations.

Capital One bank suffered a data breach on Monday which affected over 100 million customers in the US and Canada.

The bank was hacked via a misconfigured web application and the suspect is believed to be a 33-year-old former Amazon software engineer named Paige Thompson.

According to current estimates, 140,000 social security numbers had been leaked in the breach, along with 80,000 linked bank account numbers. Phone numbers and credit scores were also leaked but the hacker failed to access credit card numbers.

Around six million Canadian customers were affected in the breach, around one million of which saw their social insurance numbers compromised.

"While I am grateful that the perpetrator has been caught, I am deeply sorry for what has happened," said Richard D. Fairbank, Chairman and CEO at Capital One. "I sincerely apologize for the understandable worry this incident must be causing those affected and I am committed to making it right."

According to a complaint filed in the District Court for the Western District of Washington at Seattle, Thompson posted details of the hack on her GitHub page which was linked to her real name before a user saw the files and notified the bank.

Capital One said it acknowledged the hack on 19 July and its believed the hack lasted for longer than five months between 12 March and 17 July.

"According to the available reports about this breach, it appears that the vector of exploitation was a misconfigured data bucket accessible over the internet from a public IP address," said Alexander Heid, chief research officer at SecurityScorecard.

"An unauthorized hacker had siphoned out information from the buckets using system commands that would normally have been blocked, and posted the results to various outlets - such as code repositories, chat rooms, and social networks," he added.

Capital One is a major bank and provider of credit cards in the US and Canada and it also has a presence in the UK as a credit card issuer.

"Compared to Equifax, this breach does not appear to have had anywhere near the same amount of impact," said Heid. "While there were hundreds of millions of records leaked, only a small percentage of those records contained social security information or banking information and there is no indication at this time that the data was distributed beyond the identified individuals.