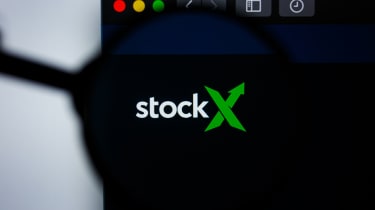 A cyber attack against the popular footwear trading platform StockX is thought to have exposed data belonging to 6.8 million of its customers, according to a recent report.

Customers were initially informed on Thursday that their passwords were reset due to 'system updates', only for the company to change its stance a day later, admitting that it was taking precautions against a suspected data breach.

On Friday the company alerted the press that the password reset was made out of "caution" after being "alerted to suspicious activity", following a report by TechCrunch.

And here it is, this is what StockX tells me: looks like those reset password emails are being sent out of “caution” after being “alerted to suspicious acitivity.” Still not sure why the company wouldn’t make that clear in the emails it is sending customers. @stockx https://t.co/QBIigWsHWl pic.twitter.com/VPGDr4id0T

The publication was approached by an anonymous data seller who claimed to have sensitive data belonging to millions of StockX's customers, and that it had been collected following a hack on the company's systems in May.

The data is said to include names, email addresses, hashed passwords and other profile information such as shoe size, preferred trading currency and type of device used to operate the account.

The anonymous source also said the stolen data was actively being sold on the dark web for $300 and there were already confirmed buyers at the time of publication.

"Though our investigation remains ongoing, forensic evidence to date suggests that an unknown third-party was able to gain access to certain customer data, including customer name, email address, shipping address, username, hashed passwords, and purchase history," a StockX spokesperson said in a statement on Saturday. "From our investigation to date, there is no evidence to suggest that customer financial or payment information has been impacted."

"We want you to know that we took these steps proactively and immediately because we had just begun our investigation and did not yet know the nature, extent, or scope of suspicious activity to which we had been alerted," said StockX. "Though we had incomplete information, we felt a responsibility to act immediately to protect our customers while our investigation continued - and we took steps to do so."

The company, which was valued at $1 billion last month following a $110 million fundraiser, could be facing a significant GDPR fine for breach given that some of that exposed data belongs to EU residents. The penalty for GDPR violations of this kind can be up to 20 million or 4% of the company's annual global turnover, whichever is greater.

However, StockX is also facing criticism for short time it took to reverse its official stance on the password reset.

"Companies, like StockX, should take notice of these and look to improve their cyber security posture, not just from a compliance perspective, but from the point of view to have defensible technologies and processes in place and ensuring all staff are aware of their responsibilities," he added.