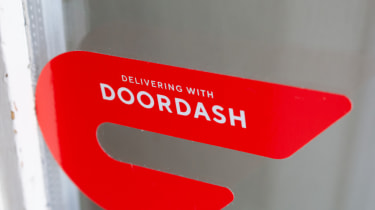 DoorDash has revealed that an unauthorised third party accessed the data of approximately 4.9 million of its customers, drivers and merchants earlier in this year.

The information taken included the last four digits of payment cards from both customers and the companies that use DoorDash for delivery.

The San Francisco-based food delivery firm revealed the breach in a blog post confirming it affected members who joined on or before 5 April 2018.

Since forming in 2013, DoorDash has built a huge network of restaurants and drivers to provide food delivery in more than 600 cities. According to its blog, it became aware of "unusual activity" involving a third-party service provider earlier September.

"We immediately launched an investigation and outside security experts were engaged to assess what occurred," the company wrote. "We were subsequently able to determine that an unauthorized third party accessed some DoorDash user data on May 4, 2019. We took immediate steps to block further access by the unauthorised user and to enhance security across our platform. We are reaching out directly to affected users."

These affected users will be told that their names, email addresses, home addresses, phone numbers, order history, passwords and bank details could have been accessed. The company stressed that only the last four digits of their bank accounts were accessed and that CVV numbers were not.

The breach comes just over a year since DoorDash customers first took to Twitter to complain that their accounts had been hacked. At the time, the company told TechCrunch that no data had been breached, despite the volume of tweets saying otherwise.

What's more, tweets of hacked accounts dogged the company through most of 2018, with many users complaining about its customer service systems.

French teacher and customer @mme_henderson tweeted: "DoorDash Someone has hacked my account and had several meals at my expense. Customer service is non-responsive. Unacceptable!"

@DoorDash Someone has hacked my account and had several meals at my expense. Customer service is non responsive. Unacceptable! pic.twitter.com/ecxTqTyhia

As the details of May's breach were released, many more took to Twitter to vent their frustrations with some calling the companies response "generic".

"DoorDash Just got your email about a data breach! Location data, credit card info, timestamps, etc released? This is really not good. A generic apology isn't sufficient. How about an account credit? #hacked," posted @RooibosandRose.

@DoorDash Just got your email about a data breach! Location data, credit card info, timestamps, etc released? This is really not good. A generic apology isnt sufficient. How about an account credit? #hacked

IT Pro has contacted DoorDash for further details about how the data was accessed.

"It would be premature to make any conclusions about the origins of the breach prior to a detailed technical investigation assisted by law enforcement agencies," Ilia Kolochenko, founder and CEO of web security company ImmuniWeb. "Breach or data theft by a trusted third party, such as supplier or data analytics company, is nonetheless quite possible.

"Risks affiliated to insecure or careless third parties is an Achilles heel of most modern companies and organisations. The problem is that monitoring and proper enforcement of third party cyber security are exorbitantly expensive and most companies, including the largest ones, simply cannot afford it."