Power and cooling issues may be less of a concern for data centre managers, but is there a case for radical new technologies? 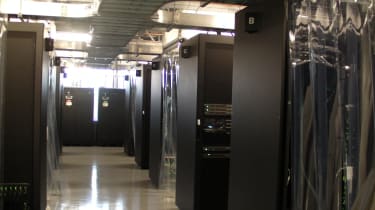 Inside the enterprise: Data centres are one of IT's longer-term investments. A PC might have a life span of three years or so; a laptop perhaps just two. Some servers soldier on for a decade or so. But a data centre might be expected to provide services for 20 years or more.

Updating a data centre, then, needs careful planning: there is the physical location, the building, power, cooling and network access to organise, before a single server is put into a rack.

Over the last few years, spending on data centres, and data centre technology, has followed a rough bell curve.

CIOs are under pressure to deliver more agile IT services, and the data centre is no exception.

Data centre spending peaked before the financial crisis, as firms struggled to squeeze as much capacity as possible into their physical infrastructure, in order to cope with demand.

This, and concerns about limits on power and cooling, prompted businesses to invest heavily in a number of space-saving technologies, from blades to server virtualisation. Often, firms had no choice but to squeeze in extra capacity in this way, as building new physical space would take too long.

Then along came the recession and left a surplus of physical data centre space, especially following a wave of consolidation in the financial services sector. For a while at least, some of the most acute pressures on data centre managers eased.

Now, though, the pressure is picking up again, as businesses anticipate the long-awaited return to growth. But some experts argue that the next generation of data centres should look to provide more than just more efficient power and cooling, as important as that is.

"Everything in the last few years was about power, and cooling, and space, concedes Jim DeHaven, director for Cisco's data centre virtualisation business in the UK and Ireland. "But those factors are almost not part of the conversation now."

Instead, he says, the debate has moved more to how the IT resources within the data centre are organised.

Certainly, over the last few years manufacturers have made great strides in the power efficiency of core IT systems, especially x86-based servers. That progress has continued, despite lower demand over the past few years. And, for a good percentage of companies, running server workloads in virtual machines is now the norm.

But, DeHaven says, CIOs are under pressure to deliver more agile IT services, and the data centre is no exception. Ideally, this means linking data centre architecture more closely to the needs of applications, and having a setup that can adapt, as those applications adapt.

Cisco's new Application Centric Infrastructure, or ACI, aims to provide this as well as DeHaven says provide an easier link between on-premises, outsourced, and cloud-based workloads. To do this, the vendor is working with a number of industry partners, including Red Hat, Microsoft, and IBM, as well as independent software vendors.

Cisco has touted the idea of tying the application and the network together more tightly for several years now. It claims some interesting figures for ACI: a 75 per cent reduction in TCO, against software-only virtualisation, and a 15 per cent saving in power and cooling via new switches.

But even the vendor admits, that for now, these technologies will appeal most to the large systems integrators, and cloud service providers.

Among enterprises, only the largest banks are likely to buy into ACI, given the upfront costs. But even there, we may need to see a few more years' solid economic growth before investment in data centre upgrades is back on the CIOs' agenda.